Shashikala Siriwardene is bringing the curtains down on a 17-year long career. 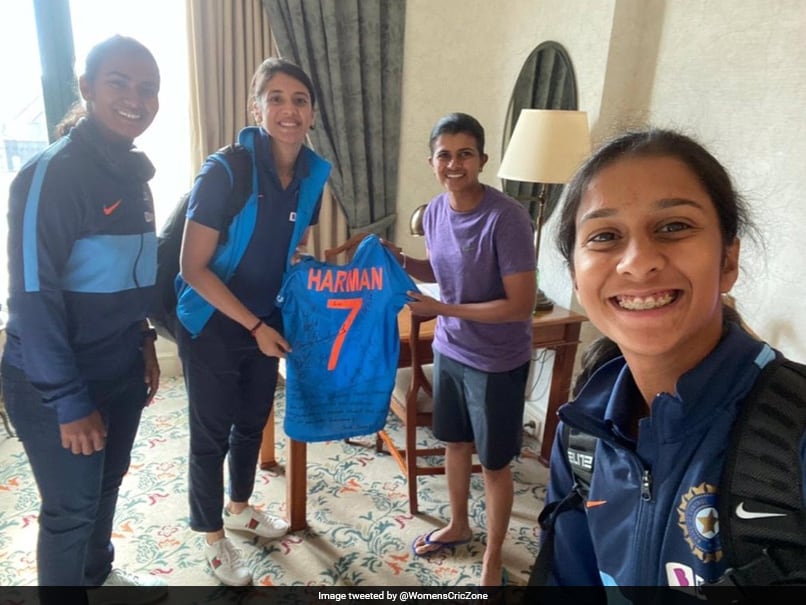 India women's team stars Smriti Mandhana, Jemimah Rodrigues and Shikha Pandey gifted a signed Indian jersey to retiring Sri Lanka veteran Shashikala Siriwardene. Siriwardene, who will play her last match on Monday when Sri Lanka take on Bangladesh in their final group stage game in the ongoing T20 World Cup in Australia, has represented her country in 118 ODIs and 80 T20 Internationals (T20Is). In a photo shared on Twitter, Mandhana, Rodrigues and Pandey are seen in a hotel room handing the jersey to Siriwardene. Mandhana is seen holding the jersey, belonging to India captain Harmanpreet Kaur, along with Siriwardene.

The jersey has signatures of the Indian team members as well as a special message from the team.

The 35-year-old Sri Lankan all-rounder had announced before the tournament that it would be her last and that she would be drawing the curtain on her 17-year long career.

India beat Sri Lanka in their final group stage match, keeping up their perfect record in the tournament so far. Siriwardene scored 13 runs and picked the crucial wicket of Harmanpreet Kaur in the match, even as India ran out comfortable winners.

Regardless of the result, Sri Lanka are out of contention to qualify for the semi-finals as they failed to pick up a win in their first three matches.

India are table-toppers, having won all their four matches, while Australia and New Zealand will face each other in a virtual knock-out match, as the winner of that match will progress to the semi-finals alongside India from Group A.

In the Group B, South Africa have already reached the semi-finals, with close competition between England, West Indies and Pakistan for the other spot.

India Women Smriti Mandhana Shikha Pandey Shashikala Siriwardene Cricket
Get the latest updates on SA vs IND 2021-22, check out the Schedule and Live Score . Like us on Facebook or follow us on Twitter for more sports updates. You can also download the NDTV Cricket app for Android or iOS.