It wasn't Yuvraj Singh's cricketing abilities that stood out in India's 105-run win over West Indies, but his attire. 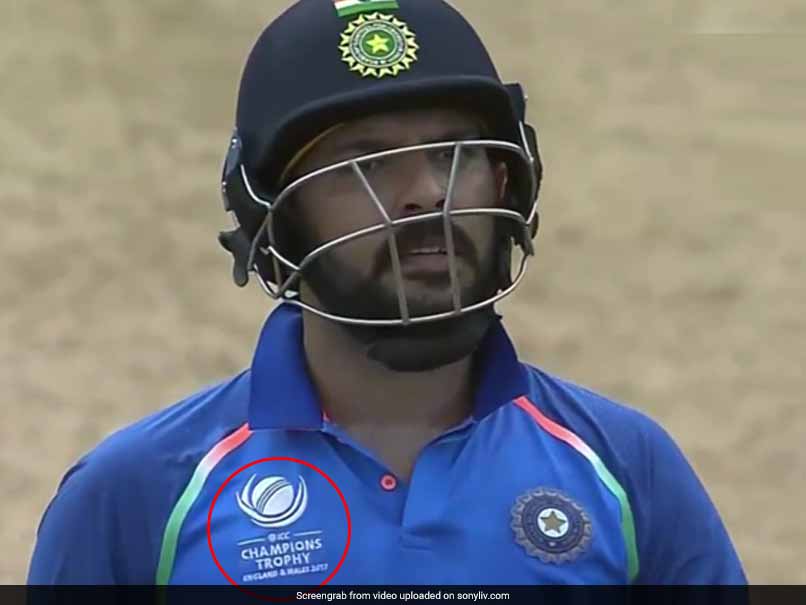 Yuvraj Singh hasn't been in the best of form on the field lately. In India's massive 105-run win over West Indies in the second ODI in Trinidad on Sunday, he only managed to score 14 runs off 16 balls before being sent back by opposition captain Jason Holder. However, what grabbed everyone's attention was his jersey. Yuvraj had worn his Champions Trophy 2017 jersey in the second ODI instead of the official one! In a match where Ajinkya Rahane, Virat Kohli and Kuldeep Yadav's heroics helped India win, Yuvraj's jersey mishap had all talking.

Recently, former India captain and current India U-19 coach Rahul Dravid had said that the team management should have a clear cut policy whether they want Yuvraj or not going into the 2019 World Cup.

After a half-century against Pakistan in the Champions Trophy opener, Yuvraj's sequence of scores has been 7 (vs Sri Lanka), 23 not out (vs South Africa), 22 (vs Pakistan in the CT final) and 4 (1st ODI vs WI).

The 35-year old left-handed batsman recently reached a milestone - his 300th ODI match. He joined the likes of Sachin Tendulkar, Sourav Ganguly, Rahul Dravid and Mohammad Azharuddin with that milestone.

India are currently playing a five-match ODI series and one T20I against the West Indies. India won the second ODI while the first was called off due to rain. The third ODI is scheduled to be played in Antigua on June 30.

Sponsored by Vuukle
Comments
Topics mentioned in this article
India Cricket Team Yuvraj Singh West Indies vs India 2017 Cricket
Get the latest updates on Fifa Worldcup 2022 and check out  Fifa World Cup Schedule, Stats and Live Cricket Score. Like us on Facebook or follow us on Twitter for more sports updates. You can also download the NDTV Cricket app for Android or iOS.