The star batsman was recalled for the T20 International against India. 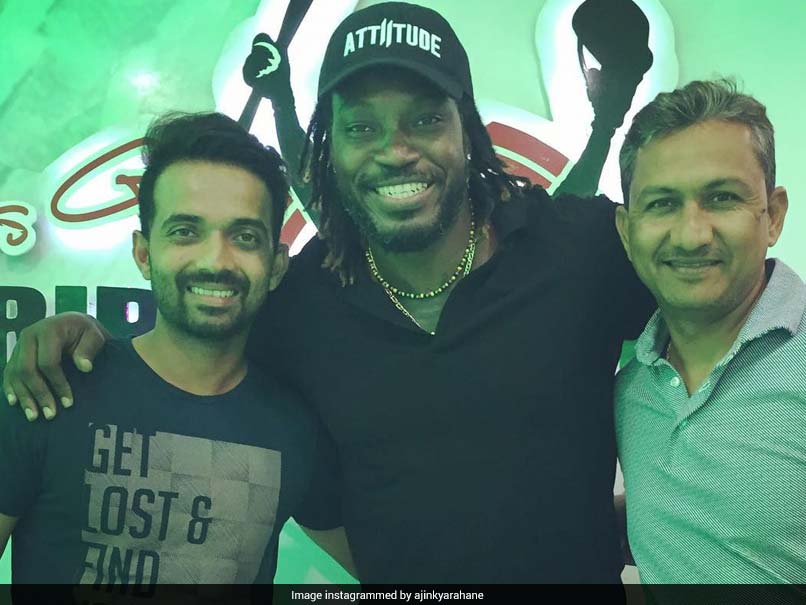 Chris Gayle, the West Indies opener in T20 Internationals, is an integral part of the Indian Premier League and shares a great rapport with the Indian cricketers. The Indian team was in the West Indies to play five ODIs and a T20I and Gayle hosted a dinner for the visitors on Monday. Ajinkya Rahane, who was at the party, uploaded a photo on his Instagram account, where he was seen with Sanjay Bangar along with Gayle. Rahane thanked Gayle for the dinner and captioned the photo as, "Thank you Chris for hosting us for dinner."

Thank you Chris for hosting us for dinner

Gayle was recalled to the West Indies squad for the T20 against India on Sunday. The left-hander, who is the West Indies' most successful batsman in the T20 format with 1519 runs at an average of 35.32, replaced Lendl Simmons, who had struggled for runs in the T20 series against Afghanistan.

BCCI had posted a picture on Twitter a few days ago of Dwayne and Darren Bravo visiting the Indian team's practice ahead of the first ODI against the West Indies in Trinidad. The Bravo brothers were seen speaking to Mahendra Singh Dhoni, Hardik Pandya and Rishabh Pant.

Following India's arrival in the West Indies, Dwayne Bravo had tweeted a welcome message for his 'machan' Dhoni and the rest of Team India members.

Nice to see my machan @msdhoni and #TeamIndia in. Wish both the teams best of luck #INDvWI https://t.co/kdzvsdDlAM

Bravo was not in the West Indian squad for the ODIs and the lone T20I and last played an ODI for his country in October 2014.