The Women's Tennis Association (WTA) posted a video of a girl boasting her tennis and hula hoop skills together. 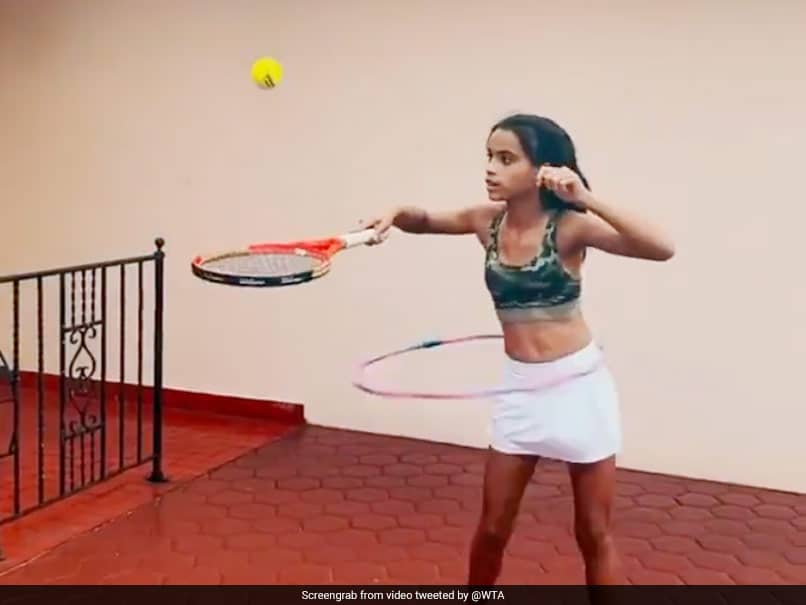 The girl in the video successfully balances both things at once.© Twitter

Tennis, much like many other sports from across the globe, is a game where hand-eye coordination is of extreme importance while playing a match or training. Along with hand-eye coordination, another very important aspect of the sport is 'balance' as it allows players to place their shots accurately during a match. In a video shared by WTA's official Twitter handle, a young girl can be seen doing both things with ease as she is seen balancing the hula hoop and also constantly bounces the ball with her tennis racquet using her right hand. The girl in the video successfully balances both things at once without letting any of them fall. WTA captioned the tweet saying, "Hand-eye coordination is on point #HomeCourt: siennabravo/IG".

The skills that the girl possesses are truly commendable as it requires a lot of concentration, practice, and patience to do both things at once.

Tennis, like all other sports, has taken a huge hit because of the coronavirus pandemic. Grand Slams like the French Open and Wimbledon have had to bear the brunt of it by either getting cancelled completely or by being postponed to later into the year.

However, Roger Federer has found a way to keep his fans entertained on social media. The Swiss tennis star keeps posting videos of him practicing at home to make sure he is ready whenever things go back to normal.

Recently, Federer had also spoken regarding the merger of WTA and ATP tours. In a recent tweet the former World number one had said, "Just wondering.....am I the only one thinking that now is the time men's and women's tennis to be united and come together as one?". However, no official statement has been issued by either the WTA or the ATP regarding the same.