Naomi Osaka defeated Victoria Azarenka in the US Open final to climb up in the WTA Rankings. 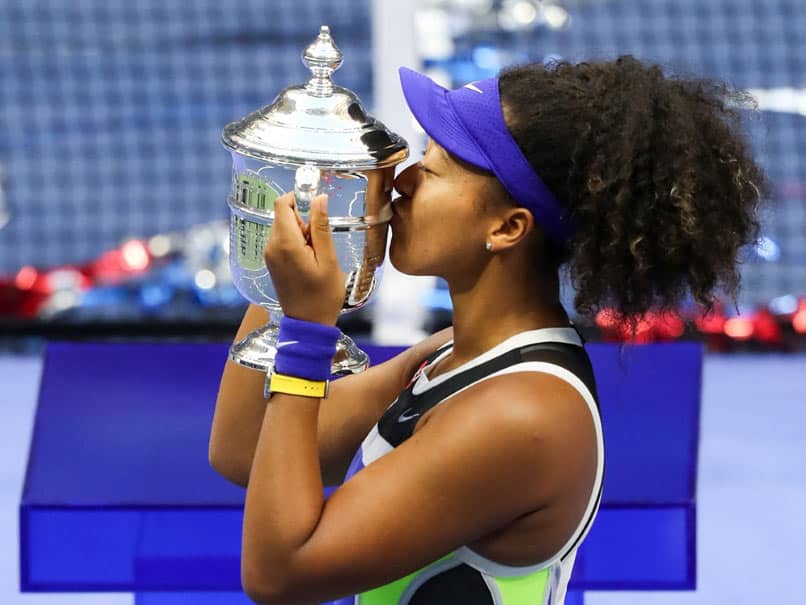 Naomi Osaka with the US Open trophy© AFP

The US Open title win has lifted Naomi Osaka back into the top 3 in the latest WTA Rankings on Monday. The 22-year-old won the US Open title on Sunday after securing a win over Victoria Azarenka in the final. She climbed six spots to sit on the third position. Osaka had registered a 1-6, 6-3, 6-3 win in the decider over Azarenka. The 2018 champion had overcome an inspired assault from Azarenka in the opening set to win her third career Grand Slam crown after one hour and 53 minutes on Arthur Ashe Stadium.

Every time Osaka has progressed beyond the fourth round of a major, she has ended up winning the title. Her three Grand Slam trophies now tie her with Angelique Kerber for the fourth-highest total among active players, behind only Serena Williams, Venus Williams, and Kim Clijsters.

Meanwhile, Azarenka made a jump of 13 places to claim the 14th position. Jennifer Brady also improved her ranking and now sits on the 25th position, with a jump of 16 positions.

Comments
Topics mentioned in this article
Naomi Osaka Tennis Victoria Azarenka
Get the latest updates on IPL 2021, IPL Points Table , IPL Schedule 2021 , live score . Like us on Facebook or follow us on Twitter for more sports updates. You can also download the NDTV Cricket app for Android or iOS.