Naomi Osaka, after winning the US Open title, said that she just wants to be the type of person person that Kobe Bryant thought she was going to be. 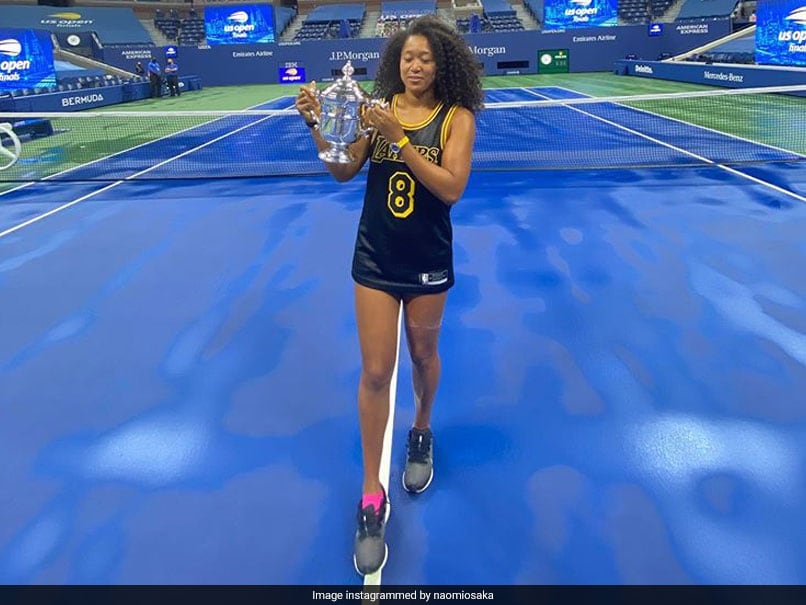 Japan's Naomi Osaka, who won the US Open title, wore a jersey of late former Basketball player Kobe Bryantduring her post-match press conference. "After winning the 2020 #USOpen title, @naomiosaka wore a Kobe Bryant jersey in her post-match pressers," US Open tweeted. US Open also tweeted a video of the press conference in which the tennis player said: "I just want to be the type of person that he thought I was going to be. He thought I was going to be great, so hopefully, I will be great in the future."

In January this year, Bryant, 41, and his 13-year-old daughter Gianna were killed when a helicopter they were travelling in crashed amid foggy conditions and burst into flames in the hills above Calabasas.

The basketball legend had won five National Basketball Association (NBA)championships in his 20-year-long career while playing for Los Angeles Lakers.

Osaka won her third career Grand Slam title after securing a win over Victoria Azarenka in the final of the US Open.

The 22-year-old player registered a 1-6, 6-3, 6-3 win in the decider over Azarenka. The No.4 seed and 2018 champion overcame an inspired assault from Azarenka in the opening set to win her third career Grand Slam crown after one hour and 53 minutes on Arthur Ashe Stadium.

Comments
Topics mentioned in this article
Naomi Osaka Tennis Kobe Bryant
Get the latest updates on ICC Women's Cricket World Cup 2022 and IPL 2022, check out the Schedule , Live Score and IPL Points Table. Like us on Facebook or follow us on Twitter for more sports updates. You can also download the NDTV Cricket app for Android or iOS.