Support has poured in from all corners after Bethanie Mattek-Sands suffered a horrible knee injury at Wimbledon 2017. 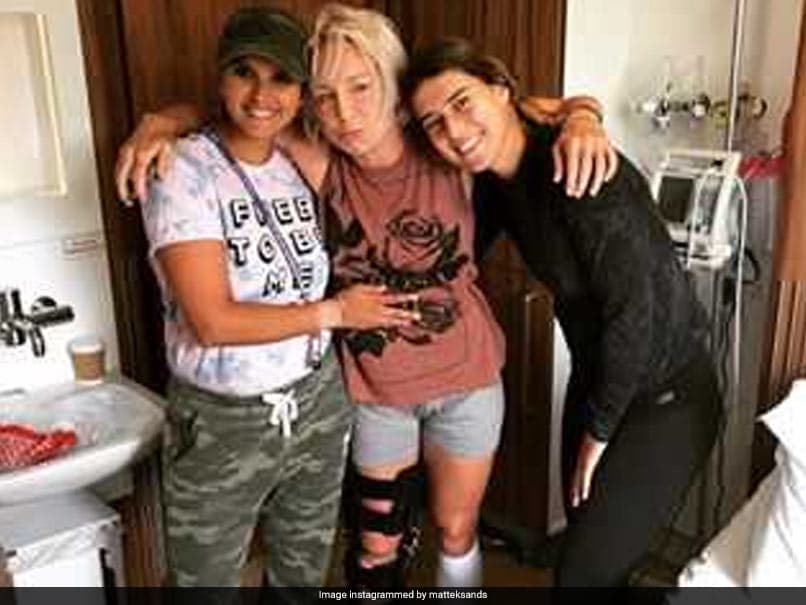 It's a well-known fact on Tour that one of Sania Mirza's best friends is current doubles world No.1 Bethanie Mattek-Sands. They've played together umpteen number of times and have also won major tournaments. While the American suffered a sickening knee injury playing against Sorana Cirstea in the second round of the women's singles event at Wimbledon 2017, well wishes have poured in from all quarters. Close friend Sania has been a constant source of support. Not only did Sania wish a speedy recovery for her friend but also visited Mattek-Sands in hospital to lift her spirits.

Sania tweeted after Mattek's injury, "I love you @BMATTEK you are the biggest fighter I know and you will come back stronger than ever .." and shared a picture of them from their days as doubles partners with her fans on Instagram.

I love you @BMATTEK you are the biggest fighter I know and you will come back stronger than ever ..

Mattek-Sands admitted on Saturday that she'd endured a 'painful and emotional 36 hours' since the injury. But the 32-year-old was glad to have support when Sania visited her in the hospital. She shared a picture on Instagram, captioning it: "Had some buddies visit me in the hospital yesterday #FeelTheLove @mirzasaniar and @soranacirstea #ThankYou"

While Mattek-Sands's knee buckled on Court 17, her screams for help was so distressing that television cameras panned away from the fallen figure near the net. She later tweeted to thank everyone who supported her, saying: "To the best family, friends and fans a girl could ask for, it's been a painful & emotional 36hrs but THANK YOU for all the love and support."

Mattek-Sands is the winner of 24 doubles titles including seven at the Majors.

Comments
Topics mentioned in this article
Sania Mirza Bethanie Mattek-Sands Sorana Cirstea Tennis
Get the latest updates on IPL Auction 2023 and check out  IPL 2023 and Live Cricket Score. Like us on Facebook or follow us on Twitter for more sports updates. You can also download the NDTV Cricket app for Android or iOS.