Purav Raja-Divij Sharan, Sania Mirza entered the second round of their respective events at Wimbledon. 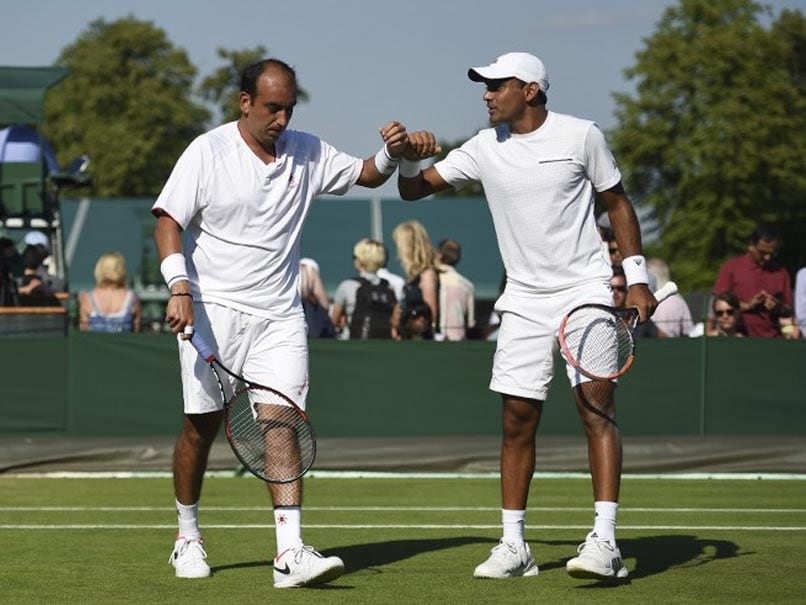 Wednesday proved to be a great day for Indians at Wimbledon. While the unseeded combination of Divij Sharan and Purav Raja made the second round of the men's doubles event with a tough victory, Sania Mirza and partner Kirsten Flipkens didn't face any trouble reaching the second round of the women's doubles. Raja and Sharan entered the second round at Wimbledon for the very first time. In their previous appearances, they'd never been able to cross the first-round hurdle. On Wednesday, they earned a second-round berth with a hard-fought 7-6 (7-2) 3-6 6-4 7-6 (8-6) win over the British-Portuguese pair of Kyle Edmund and Joao Sousa.

In fact, Raja-Sharan saved a set point in the tie-breaker of the fourth set before breaking the opposition's serve to wrap up the set and match at 8-6. Ranked 57th in the ATP doubles rankings, Raja and Sharan held their serve till the 12th game before upping the ante in the tie-breaker to win the set at 7-2.

After losing the second set 3-6, the Indians did well to break the opposition serve in the second game of the third set and maintained the single break lead to win the third set 6-4. The fourth set was also closely contested before the Indians prevailed on the 14th point of the tie-breaker.

Sania and Belgian Flipkens, seeded 13th, took just 72 minutes to thrash the Japanese-Chinese combine of Naomi Osaka and Shuai Zhang 6-4 6-3 to enter the second round.

Comments
Topics mentioned in this article
Sania Mirza Divij Sharan Purav Raja Tennis
Get the latest updates on IPL 2021, IPL Points Table , IPL Schedule 2021 , live score . Like us on Facebook or follow us on Twitter for more sports updates. You can also download the NDTV Cricket app for Android or iOS.