Sania Mirza was only half-joking when she had made this comment while applauding Australian fast bowler Mitchell Starc. 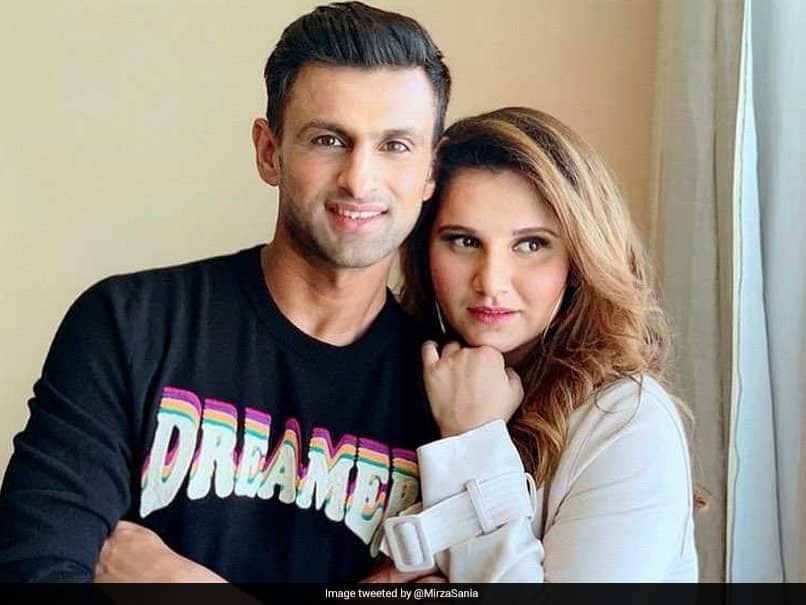 Sania Mirza, the country's leading tennis player, opened about her famous "Joru ka Ghulaam" tweet while talking to Indian women cricketers Smriti Mandhana and Jemimah Rodrigues in latest episode of their show 'Double Trouble'. Sania Mirza had posted the tweet ahead of the summit clash of Women's Twenty 20 World Cup, played between India and Australia, in March. Her tweet praised Australia fast bowler Mitchell Starc, who missed a One-day International match against South Africa and flew home to see his wife Alyssa Healy in action at the Melbourne Cricket Ground.

"Sure thing !! God forbid it would be a guy from the subcontinent, the guy would be called a 'joru ka ghulaam' in one second  good on you Mitchell couple goals for sure!!," Sania had tweeted.

While praising Starc, Sania also questioned the mindset of cricket fans who blame cricketers' wives if they fail to perform.

When asked about her famous tweet, Sania Mirza, who is married to Pakistan cricketer Shoaib Malik, said she and Anushka Sharma, wife of Indian skipper Virat Kohli, have faced this situation on numerous occasions which is hard to comprehend.

"It was funny because me and Anushka probably relate to this the most. Because I think that whenever our husbands perform, it's because of them, whenever they don't perform it's because of us. I don't know how that works," she said.

Sania further explained that it is a "deep cultural issue" that is rooted deep within the society which thinks women can only be a "distraction and not a strength".

"We are saying it as a joke but I think there is a much deeper issue. The deeper issue is that a woman can always be a distraction and not a strength. That's a cultural issue we sort of have to Oh 'if your girlfriend is there or your wife is there, he must be distracted because he is going out for dinner'. That doesn't even make any sense, Like what sense can that make?" she added.

Highlighting how people would have reacted if her husband would have to come to watch one of her tennis matches and support her from the stands, Sania said "hell would have broken loose".

"When he (Starc) went back to his wife to watch the World Cup final and everybody was hailing him. I truly felt... I was trying to just picture Shoaib do that for me... hell would have broken loose if that would have happened. They would have said... he is such a 'joru ka ghulaam'... 'Oh...my god he is going and watching a women's cricket match'. I just felt it. I feel humour also sometimes brings out the truth in many things" she further said.

Sania also said that she and Bollywood actress Anushka were on the same page when they discussed  at length how people would have reacted had their husbands come to support them.

"Anushka and I had a long conversation about it afterwards. We both were like, oh my goodness... this is so true. Imagine if our husbands do it," Sania, winner of six Grand Slam titles, said.

Comments
Topics mentioned in this article
Sania Mirza Tennis Smriti Mandhana
Get the latest updates on India vs Australia Series, check out the India vs Australia Schedule for 2020-21 and Ind vs Aus live score . Like us on Facebook or follow us on Twitter for more sports updates. You can also download the NDTV Cricket app for Android or iOS.