French Open: Novak Djokovic will be up against Stefanos Tsitsipas while Rafael Nadal takes on Diego Schwartzman in the semi-finals. 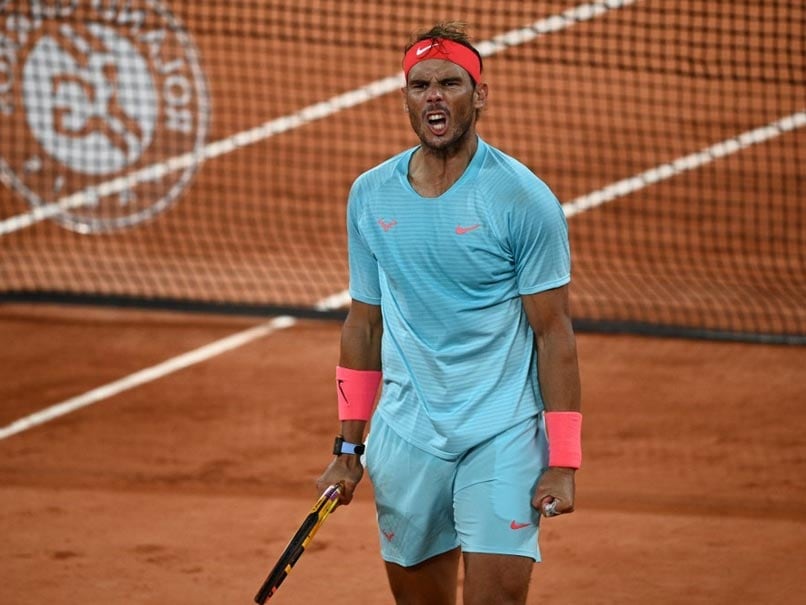 Novak Djokovic and Rafael Nadal, with 36 Grand Slam titles between them, are both just two wins away from creating more tennis history at Roland Garros but standing in the way in Friday's semi-finals are Stefanos Tsitsipas and Diego Schwartzman. Tsitsipas is the first Greek player to reach the last four in Paris while the diminutive Argentine has put sport in perspective this week with his moving story of how his great-grandfather survived the Holocaust.

-- Djokovic is chasing a second Roland Garros title and 18th Grand Slam to become the first man in half a century to win all four majors twice. It's such a rare achievement that only Don Budge and Rod Laver have managed it in the history of the sport.

The world number one has four titles in 2020, carved out from 36 wins and just one loss - his now infamous default at the US Open.

However, is the pressure beginning to tell? He dropped his first set of the tournament in his win over Pablo Carreno Busta in the quarter-finals and required treatment on his neck and shoulders.

"I had some neck and shoulder issues. I don't really want to get too much into it. I'm feeling okay," said the 33-year-old who was champion in Paris in 2016.

Djokovic is bidding to make the final for the fifth time and a 27th at the Slams.

Tsitsipas, 22 and playing in his second semi-final at the majors having also reached the last four at the 2019 Australian Open, has got stronger as the tournament has progressed.

After dropping the first two sets of his opener against Jaume Munar, he has swept the next 15.

Tsitsipas is bidding to become the youngest man to reach the Roland Garros final since 2008, when Nadal won the title and youngest to reach a Grand Slam championship match since the 2009 US Open, when Juan Martin del Potro won the title, 10 days short of his 21st birthday.

The Greek has only met Djokovic once on clay, a straight sets loss in the 2019 Madrid final.

"An opponent is an opponent. Doesn't matter if he is injured or not," said Tsitsipas of Djokovic.

However, the 34-year-old stands on the brink of a 13th Roland Garros final without dropping a set and having spent three and a half hours fewer than Schwartzman in getting to the semi-finals.

He remains cautious over his chances at a tournament being played in the cold and chill of autumn rather than its traditional May-June slot and after finishing his quarter-final against Jannik Sinner at 01:30 on Wednesday morning, he said it was "dangerous for the body with these very heavy conditions".

Nadal's late night on Tuesday was mostly caused by Schwartzman needing more than five hours to defeat US Open champion and third seed Dominic Thiem in five sets to reach his maiden semi-final at the majors.

By contrast, Nadal is in his 34th.

However, Schwartzman will be buoyed by defeating Nadal for the first time in 10 attempts on clay in Rome on the eve of Roland Garros.

"I was perfect today. I think I'm going to be perfect in semi-final," said Schwartzman, having won his first Grand Slam quarter-final after three previous failures.

Novak Djokovic Rafael Nadal Stefanos Tsitsipas Diego Schwartzman Tennis
Get the latest updates on IPL 2021, check out the IPL 2021 Schedule and Indian Premier League Live Score . Like us on Facebook or follow us on Twitter for more sports updates. You can also download the NDTV Cricket app for Android or iOS.