Rafael Nadal reached his 13th Roland Garros semi-final early Wednesday with a straight sets win over Italian teenager Jannik Sinner but claimed it was "dangerous" to finish at 01:30 in the morning when the temperature had plummeted to 12 degrees. 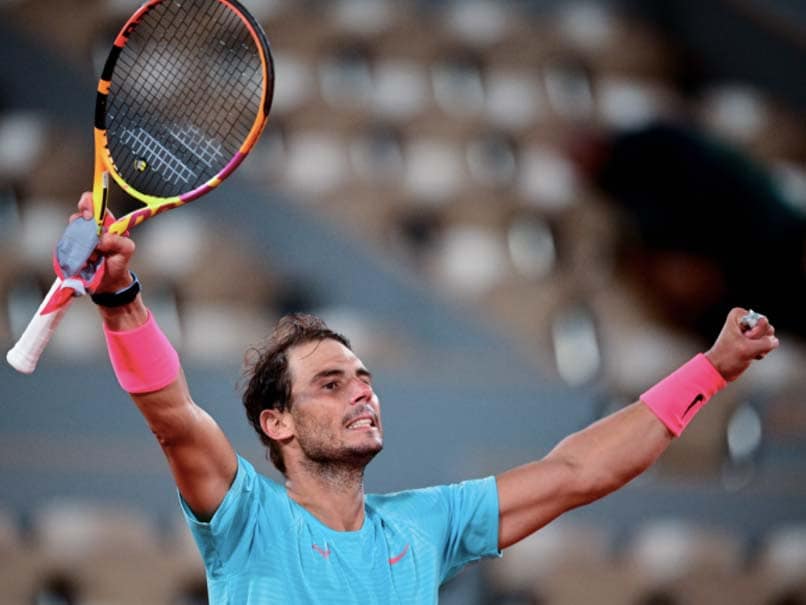 Rafael Nadal reached his 13th Roland Garros semi-final early Wednesday with a straight sets win over Italian teenager Jannik Sinner but claimed it was "dangerous" to finish at 01:30 in the morning when the temperature had plummeted to 12 degrees (53F). Nadal, the 12-time champion, defeated 19-year-old Sinner 7-6 (7/4), 6-4, 6-1 to clinch a 98th victory in his 100th match at the French Open. He will next face Diego Schwartzman, the diminutive Argentine over whom he holds a 9-1 career advantage, as he moves closer to equalling Roger Federer's all-time record of 20 majors. However, Nadal, more accustomed to the bright sunshine of Mallorca than the autumn chill of a French Open pushed back four months due to the coronavirus pandemic, was unhappy with organisers who scheduled five matches on the main Court Philippe Chatrier.

"I know footballers play under these conditions, but they are all the time moving," said Nadal after the latest ever finishing match at the tournament.

"We stop, we come back, we stop on the changeovers. I think this is a little bit dangerous for the body with these very heavy conditions."

Nadal and Sinner only got on court at 10:30pm after Schwartzman and Thiem had taken five hours to decide their quarter-final.

They also had to wait for another women's last-eight tie to be completed after two others had kicked off the programme.

The sparse and shivering crowd that greeted them wore thick coats, scarves and hats.

"I don't know why they put five matches on Chatrier. It's a risk," added 34-year-old Nadal who finished his news conference at 02:10.

Nadal will be playing in a 34th semi-final at the majors.

He takes a 9-1 lead over Schwartzman into that match although the Argentine won their most recent clash in Rome on the eve of Roland Garros.

World number 75 Sinner, bidding to become the first man to make the semi-finals on debut since Nadal in 2005, was left to rue missed chances.

He led with breaks in both of the first two sets, even finding himself just two points away from taking the opener.

Nadal admitted he had been in a contest unlike his first four matches where he dropped just 23 games.

"It was very tough during the first two sets and especially at the end of the first.

"He was hitting the ball very hard and with the cold, the balls had less lift."

Sinner has been tipped to make the world top 10 next season, but said he is not looking too far ahead.

"I'm a person who looks not in the future and not in the past, always in the present," said the Italian who had seen off two seeded players to make the last-eight -- 11th seed David Goffin and sixth-seeded Alexander Zverev, the US Open runner-up.

It was one marathon too many for Thiem, the runner-up in Paris for the last two years, who had needed five sets and three and a half hours to down world number 239 Hugo Gaston in the fourth round.

The 5ft 7in (1.70m) Schwartzman's success came on the same day that compatriot Nadia Podoroska, the world 131, reached the last-four of the women's singles.

"Dominic is one of the great players. He is my best friend and I have a lot of respect for him," said Schwartzman.

"So this win is very important for me. In the second and third sets, I was going a little crazy and I was screaming at myself because I had so many chances.

"But, come on, I deserved to win tonight," added Schwartzman.

Thiem had been attempting to reach a fifth successive semi-final in Paris.

However, despite crunching 65 winners to his opponent's 47, he committed 81 unforced errors in a match which featured 19 breaks of serve and at five hours and eight minutes was the second longest of the tournament.

"I was over the limit today," said Thiem.

"At the net I just told him that he deserves it. I think he's for the first time top 10 with that win.