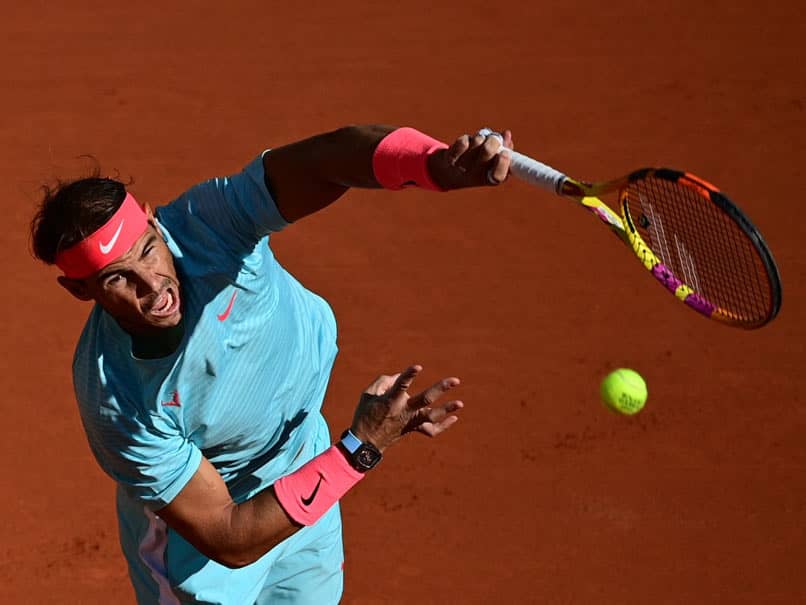 Rafael Nadal defeated American qualifier Sebastian Korda 6-1, 6-1, 6-2 to reach the Roland Garros quarter-finals for the 14th time on Sunday, staying comfortably on course for a 13th French Open title and record-equalling 20th Grand Slam crown. Second seed Nadal racked up his 97th win at the tournament against just two defeats since his title-winning debut in 2005. He goes on to face either German sixth seed Alexander Zverev or Italian teenager Jannik Sinner in what will be his 42nd career appearance in the last eight of a Grand Slam.

Korda, the world number 213 and son of 1998 Australian Open champion and 1992 Roland Garros runner-up Petr Korda, never really recovered from slipping quickly to a 5-0 deficit in the first set.

The 20-year-old, who was so in awe of Nadal when he was growing up that he named his cat after the Spaniard, had the consolation of breaking serve once in the third set.

However, it was a brief respite as 34-year-old Nadal swept into the last eight without dropping a set and with his opponent left to rue 48 unforced errors on a chilly, blustery day in the French capital.

"It was a good performance and I am happy with that," said Nadal. "But Sebastian will be a great player in the future, it's impressive to see him hit the ball so well."