World No.1 Novak Djokovic on Saturday demanded that the officials be replaced by machines. 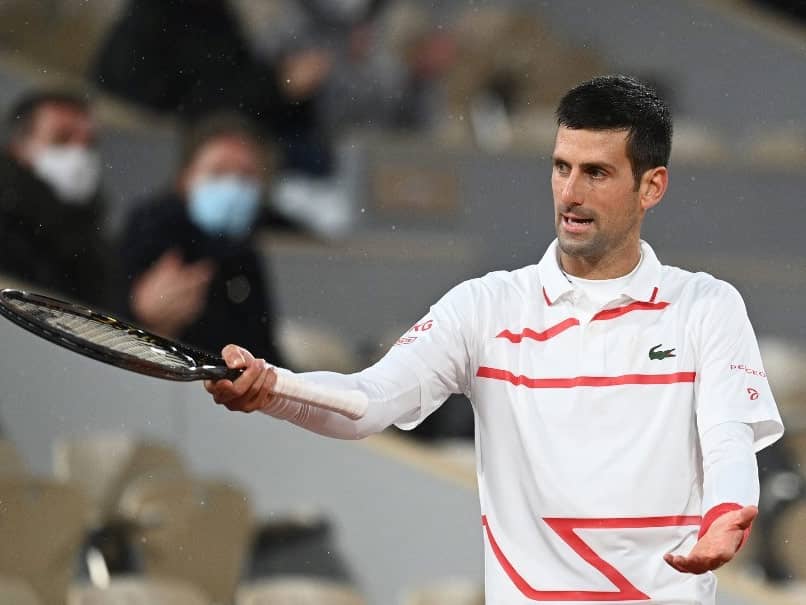 Novak Djokovic believes it's time for a rethink with more use of technology in the sport.© AFP

Novak Djokovic, who was famously defaulted at the US Open after he accidentally hit a ball which felled a line judge, on Saturday demanded that the officials be replaced by machines. In New York, the world number one was disqualified after swiping at a ball in frustration which then smashed into the throat of a lineswoman standing behind him. The incident happened on the showpiece Arthur Ashe Stadium, one of just two courts at the tournament which maintained the tradition of using linesmen and women. On all the others, electronic line calling was used as part of plans to reduce the number of people on the Flushing Meadows site during the coronavirus pandemic.

There have been growing calls for a similar system to be introduced at Roland Garros which still relies of officials making rulings with the naked eye.

Djokovic believes it's time for a rethink.

"With all respect for the tradition and the culture we have in this sport, when it comes to people present on the court during a match, including line umpires, I really don't see a reason why every single tournament in this world, in this technological advanced era, would not have what we had during Cincinnati/New York tournament," he said.

"The technology is so advanced right now, there is absolutely no reason why you should keep line umpires on the court. Of course I understand technology is expensive, so it's an economical issue and a question mark.

"But I feel like we are all moving towards that, and sooner or later there is no reason to keep line umpires.

"Maybe you can tell me if there is any significant reason why we should keep other than tradition that we had and have in this sport. Then I would also probably then have less chances to do what I did in New York."

Top players such as US Open champion Dominic Thiem, Denis Shapovalov and Stefanos Tsitsipas have called for a rethink of officiating at Roland Garros this week.

Djokovic swept past 153rd-ranked Galan 6-0, 6-3, 6-2 with his most challenging moment coming when he helped groundstaff lay more clay on the surface of Court Philippe Chatrier after rain had made it treacherous.

Djokovic also took his 2020 record to 34 wins against just one loss -- his New York brainfade -- as he continues his bid to become the first man in half a century to win all four Grand Slam titles twice.

Next up for a place in the quarter-finals is Russian 15th seed Karen Khachanov who beat Chile's Cristian Garin.

Novak Djokovic Dominic Thiem Tennis
Get the latest updates on India vs Australia Series, check out the India vs Australia Schedule for 2020-21 and Ind vs Aus live score . Like us on Facebook or follow us on Twitter for more sports updates. You can also download the NDTV Cricket app for Android or iOS.