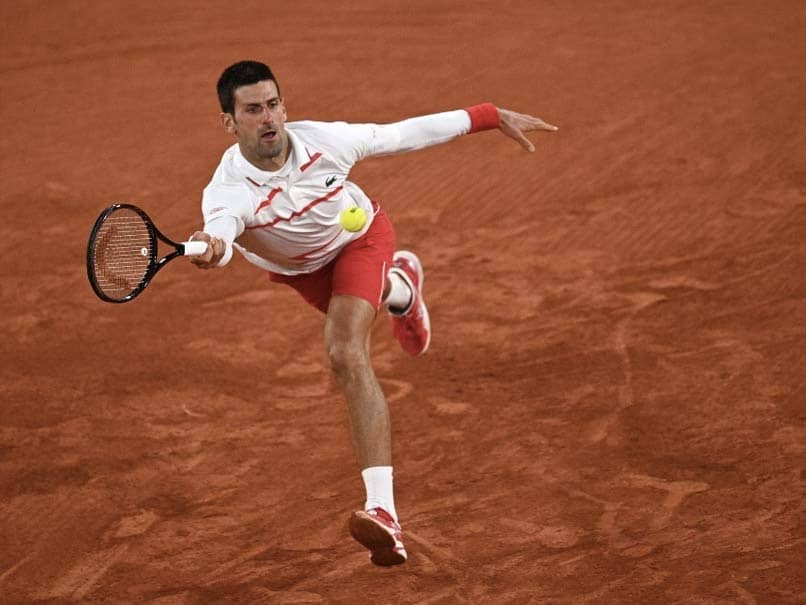 Novak Djokovic demolished Colombian lucky loser Daniel Galan to reach the Roland Garros last 16 for a record-equalling 11th successive year on Saturday as unheralded Daniel Altmaier struck another blow for the underdogs. World number one Djokovic swept past 153rd-ranked Galan 6-0, 6-3, 6-2, his most challenging moment coming when he helped groundstaff lay more clay on the surface of Court Philippe Chatrier after rain had made it treacherous. "I played pretty solid today, I'm happy about that," said Djokovic, the 2016 champion who is chasing an 18th Grand Slam title, after his 71st win in Paris.

Djokovic, who has dropped just 15 games in three rounds, took his 2020 record to 34 wins against one loss as he continues his bid to become the first man in half a century to win all four Grand Slam titles twice.

Next up is Russian 15th seed Karen Khachanov who put out Chile's Cristian Garin.

The day after world number 239 Hugo Gaston and Sebastian Korda, ranked at 213, made the last 16, German qualifier Altmaier kept the sport's outsiders in the headlines.

Victory also means an unexpected financial windfall for the 22-year-old who is guaranteed at least $221,400 having earned $173,600 in his entire six-year career.

Altmaier paid tribute to three-time major winner Stan Wawrinka for his help when he missed virtually all of 2018 through injury.

"When I was watching him, he always says 'Allez, Stan.' I copy him a little bit because I like to say, 'Allez, Dan'. He has been a huge reason why I'm healthy now."

Greek fifth seed Stefanos Tsitsipas made the fourth round for a second successive year when Slovenia's Aljaz Bedene retired with a right foot injury.

Next up for Tsitsipas is Bulgarian 18th seed Grigor Dimitrov who also profitted from a retirement with Roberto Carballes Baena 6-1, 6-3 down when he gave up due to illness.

The Spaniard had shocked ninth seed Denis Shapovalov in the previous round but that five-hour epic came back to haunt him.

Rublev didn't face a break point in his 6-3, 6-2, 6-3 win as he moved into the last 16 for the first time where he will face world number 63 Marton Fucsovics, the first Hungarian man in the second week since Balazs Taroczy in 1984.

Jabeur, seeded 30, who made the quarter-finals at the Australian Open in January, faces either 2016 champion Garbine Muguruza from Spain or Danielle Collins of the United States for a place in the last-eight.

"The people in Tunisia are really encouraging me a lot. Media, I'm not sure," said Jabeur.

Spain's Paula Badosa, ranked at 87, wept in her courtside chair as she reached the round of 16 at a Slam for the first time.

The 2015 junior champion, who put out former US Open winner Sloane Stephens in the last round, defeated 2017 champion in Paris Jelena Ostapenko 6-4, 6-3.

Ostapenko was undone by 43 unforced errors and 10 double faults.

Novak Djokovic Stefanos Tsitsipas Tennis
Get the latest updates on IPL 2021, IPL Points Table , IPL Schedule 2021 , live score . Like us on Facebook or follow us on Twitter for more sports updates. You can also download the NDTV Cricket app for Android or iOS.