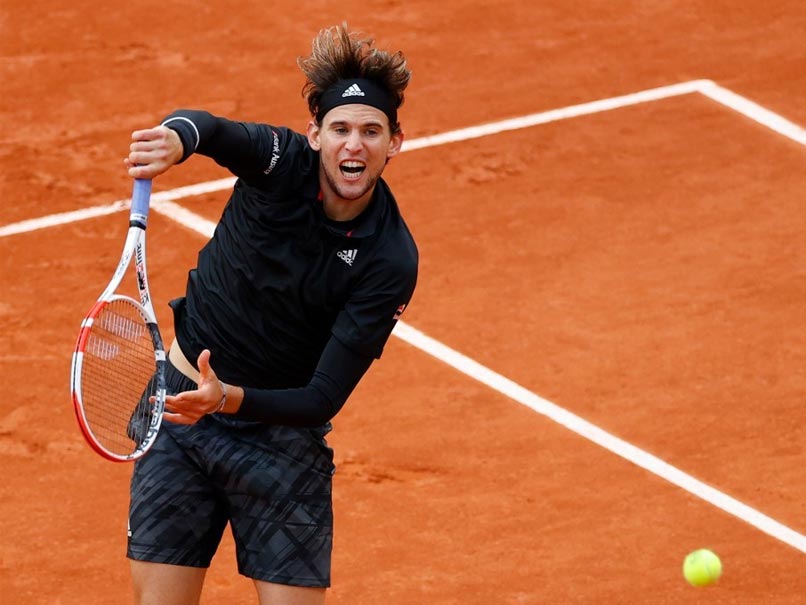 Argentine 12th seed Diego Schwartzman defeated US Open champion and third seed Dominic Thiem in a five-hour epic on Tuesday to reach the Roland Garros semi-finals, his first ever Grand Slam last-four appearance. The 28-year-old Schwartzman triumphed 7-6 (7/1), 5-7, 6-7 (6/8), 7-6 (7/5), 6-2 and will face either 12-time champion Rafael Nadal or Italian teenager Jannik Sinner for a place in the final. It was one marathon too many for Thiem, the runner-up in Paris for the last two years, who had needed five sets and three and a half hours to down world number 239 Hugo Gaston in the fourth round.

The 5ft 7in (1.70m) Schwartzman's success came on the same day that compatriot Nadia Podoroska, the world 131, reached the last-four of the women's singles.

"Dominic is one of the great players. He is my best friend and I have a lot of respect for him," said Schwartzman.

"So this win is very important for me. In the second and third sets, I was going a little crazy and I was screaming at myself because I had so many chances.

"But, come on, I deserved to win tonight," added Schwartzman who defeated Nadal in the Rome quarter-finals on the eve of the French Open.

Thiem had been attempting to reach a fifth successive semi-final in Paris.

However, despite crunching 65 winners to his opponent's 47, he committed 81 unforced errors in a match which featured 19 breaks of serve and at five hours and eight minutes was the second longest of the tournament.

Schwartzman recovered from a break down in the 65-minute first set to sweep through the tiebreaker.

But Thiem kept hammering away forcing the Argentine to save seven break points in the ninth game of the second.

The Austrian broke through for a 6-5 edge before wrapping up a 71-minute set.

In a tie of dramatically fluctuating rallies, eight breaks of serve punctuated the third set.

Schwartzman even had a set point but couldn't convert and Thiem pounced in the breaker to sneak ahead.

The Argentine blinked again in the 10th game of the fourth as three more set points went begging, but he clung on, snatching the breaker after a 73-minute set.

By this stage, they had been on court for over four and a half hours.

However, a weary Thiem was broken in the sixth and final game of the decider as Schwartzman celebrated becoming the 10th Argentinian man to make the semi-finals of a major.

The epic match meant that Nadal and Sinner were facing a late night in Paris as they had to wait for the day's second women's quarter-final between Iga Swiatek and Martina Trevisan to finish.

It was 9pm when they got underway.

Nadal is in the quarter-finals for the 14th time, dropping just 23 games in four rounds despite his pre-tournament prediction that he was facing his toughest ever Roland Garros due to the slow autumn conditions and the new, heavier balls.

The 34-year-old Spaniard can equal Roger Federer's record of 20 Grand Slam titles with victory in the final.

However, standing in his way of a 13th semi-final in Paris is Sinner, the Italian 19-year-old who has made a mockery of his world ranking of 75 to become the youngest men's Grand Slam quarter-finalist since Novak Djokovic in Paris in 2006.

On his way, he has knocked out Belgian 11th seed David Goffin in the first round followed by a last-16 defeat of German sixth seed and US Open runner-up Alexander Zverev on the back of 39 winners.

Sinner, a champion skier in his youth before opting for tennis, is also the first player to reach the last eight on his Roland Garros debut since Nadal lifted the trophy in 2005.

"It's not the easiest thing to play Nadal at Roland Garros. The record he has here, I think nobody can beat that. He is super confident," said Sinner who now has two top 10 wins after beating Stefanos Tsitsipas in Rome.

Comments
Topics mentioned in this article
Dominic Thiem Diego Schwartzman Tennis
Get the latest updates on India vs Australia and check out  Schedule, Results and Live Score. Like us on Facebook or follow us on Twitter for more sports updates. You can also download the NDTV Cricket app for Android or iOS.