Nick Kyrgios has been handed a suspended six-week ban by the ATP but it will become effective if he fails to comply with several strict conditions during his six-month probation period. 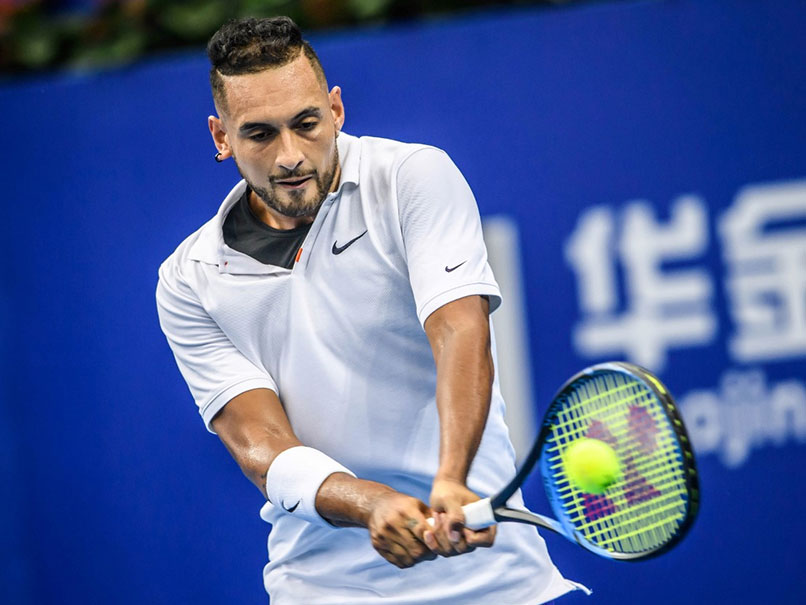 Australian tennis star Nick Kyrgios received a suspended 16-week ban from the ATP on Thursday and was placed on probation for six months for "aggravated behaviour" following a number of on-court outbursts over the past year. The suspension is deferred pending Kyrgios' compliance with several strict conditions mandated by the ATP, which include seeking additional support from a specialist in behavioural management during the off-season.

"The suspension will be lifted at the end of the six-month probationary period provided that the above conditions are met," the ATP said in a statement. It added the same applied to a $25,000 fine.

Tour organisers opened an investigation into Kyrgios following an explosive meltdown at last month's Cincinnati Masters which saw him smash two racquets, launch an abusive tirade at the chair umpire before appearing to spit at the official during a second-round match.

He was fined $113,000 for ball abuse, leaving the court without permission, an audible obscenity and unsportsmanlike conduct during his loss to Russia's Karen Khachanov.

But the ATP decided to extend the inquiry into the volatile Kyrgios, who was also disqualified and fined for throwing a chair on to court during the Rome Masters in May.

"The investigation... has concluded that Kyrgios has been found to have committed aggravated behaviour under the Player Major Offense provision in the ATP Code," the governing body said Thursday.

"The investigation found a pattern of behaviour related to Kyrgios's verbal abuse of officials and/or spectators in the past 12 months that constitutes a violation" of the ATP rule book, it added.

Kyrgios, 24, has five days to appeal the decision.

However, he avoided further punishment for calling the ATP "pretty corrupt" during the US Open.

"Following a clarification issued by the player the following day, it was determined that the incident did not constitute a Player Major Offense, and no additional penalties were applied," the ATP said.

Tennis great Rod Laver this month called for Kyrgios to be suspended over bad behaviour, saying his fellow Australian appeared not to be learning from his mistakes.

Laver, an 11-time Grand Slam champion who is considered one of the sport's greatest players, said time away from tennis could be the answer.

"Whatever they have done hasn't worked so far, so maybe a suspension is the only answer," he told The Sydney Morning Herald.

"I'm not sure he's learned anything from any of the things that have gone on."

Kyrgios served a three-week ban in 2016 after being accused of not trying at the Shanghai Masters. His initial eight-week suspension was reduced after he agreed to see a sports psychologist.

He lost in the first round of the Zhuhai Championships on Wednesday, after which he said that he could sit out the rest of the season because of a collarbone injury.

Kyrgios has already pulled out of next week's China Open and will head home to Australia to recover.

"Unfortunately a collarbone injury I sustained at Laver Cup has escalated and has forced me to pull out of the Asian swing," Kyrgios wrote on Twitter.

"I'll be heading back to Australia to rest and recover. See you all soon," he added.

Comments
Topics mentioned in this article
Nick Kyrgios Tennis
Get the latest updates on SA vs IND 2021-22, check out the Schedule and Live Score . Like us on Facebook or follow us on Twitter for more sports updates. You can also download the NDTV Cricket app for Android or iOS.