"Not Sure He's Learned Anything": Rod Laver Calls For Nick Kyrgios Ban

Rod Laver has called for Nick Kyrgios to be suspended from the ATP Tour over bad behaviour. 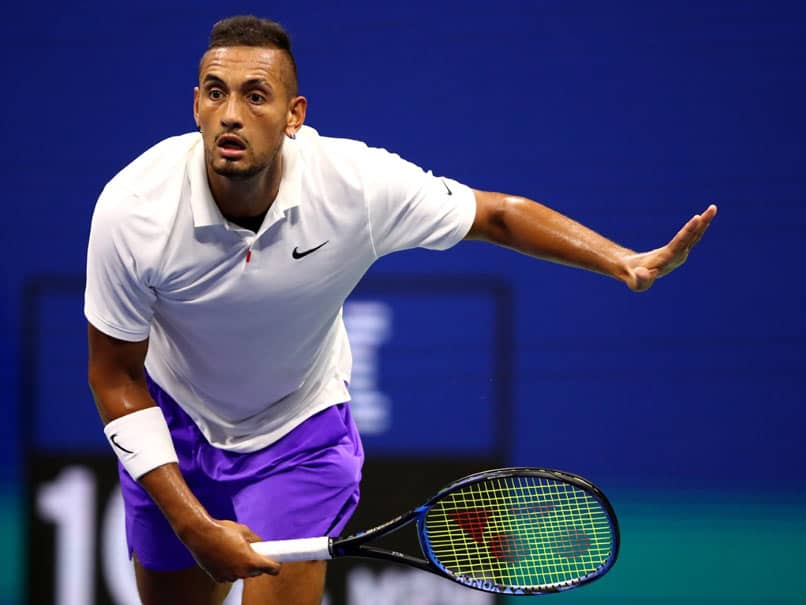 Nick Kyrgios smashed two racquets and described an umpire as a "tool".© AFP

Tennis great Rod Laver has called for Nick Kyrgios to be suspended from the ATP Tour over bad behaviour, saying his fellow Australian appears not to be learning from his mistakes. The explosive and temperamental 24-year-old Kyrgios has a history of notorious outbursts and is being investigated for potential rule violations after calling the ATP Tour "corrupt" during the US Open last week. While he later backed away from the comment, it followed a record USD 113,000 fine issued to him by the ATP for his actions at the Cincinnati Masters in August.

During that meltdown, he smashed two racquets and described an umpire as a "tool", with his sanction including fines for ball abuse, leaving the court without permission, an audible obscenity and unsportsmanlike conduct.

Kyrgios was warned that he could also face suspension from the sport once a full investigation had taken place.

Laver, an 11-time Grand Slam champion who is considered one of the sport's greatest players, said time away from tennis could be the answer.

"Whatever they have done hasn't worked so far, so maybe a suspension is the only answer," he told The Sydney Morning Herald on Wednesday.

"I'm not sure he's learned anything from any of the things that have gone on."

The talented Kyrgios, who is due to play in an event named after Laver -- the Laver Cup -- in Geneva later this month, has been controversial for much of his career.

In 2015, he was fined for making a sexually disparaging remark in Canada about the girlfriend of three-time major winner Stan Wawrinka.

The following year, he was banned for eight weeks after being accused of not trying at the Shanghai Masters.

"Nick is Nick, unfortunately," Laver said. "He could have been, or still could become, a world champion because of his serving ability, his game.

"But his brain gets in the way. He doesn't want to adhere to the conditions or the umpire."

Comments
Topics mentioned in this article
Nick Kyrgios Tennis
Get the latest updates on India vs Australia Series, check out the India vs Australia Schedule for 2020-21 and Ind vs Aus live score . Like us on Facebook or follow us on Twitter for more sports updates. You can also download the NDTV Cricket app for Android or iOS.