US Open: Weary Nick Kyrgios Yearns For Home But Doesn't Want A Ban

Nick Kyrgios lost to Russian Andrey Rublev in the US Open and was overheard saying he really didn't want to be on the court. 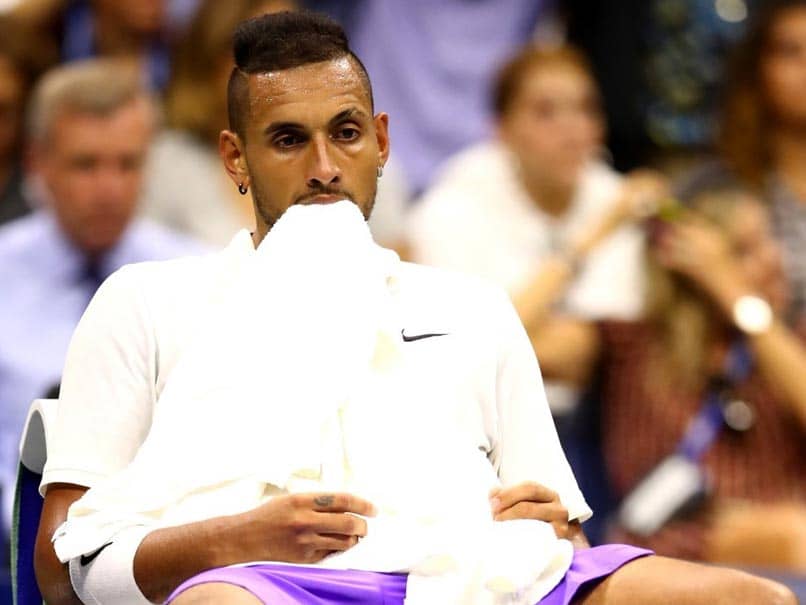 A microphone caught Nick Kyrgios commenting that he wanted to go home.© AFP

Australia's Nick Kyrgios was dumped from the US Open on Saturday, falling to Russian Andrey Rublev and overheard saying he really didn't want to be on the court. Andrey Rublev advanced to a fourth-round match against Italian 24th seed Matteo Berrettini with a 7-6 (7/5), 7-6 (7/5), 6-3 triumph. "Nowhere near my best tennis, but it is what it is," Nick Kyrgios said. A microphone caught Kyrgios commenting that he wanted to go home, which prompted the Australian to say, "I guess I've been on the road five and a half months now. It's not easy."

It didn't get any easier with the ATP issuing a record $113,000 record fine to Kyrgios for his actions at an event in Cincinnati.

And Kyrgios could face punishment for calling the ATP "corrupt" after a US Open victory, although he later tweeted a statement saying that was a poor choice of words for the issue of double standards he wanted to raise.

The ATP is investigating the remark as a major player violation, which could carry a possible suspension.

That would bring time off and a chance to head home.

"Would I welcome it? I don't know if I look at it like that," Kyrgios said. "I have no say in it. I guess it's out of my control."

Comments
Topics mentioned in this article
Nick Kyrgios Tennis
Get the latest updates on India vs England Series, India vs England , live score and IPL 2021 Auction . Like us on Facebook or follow us on Twitter for more sports updates. You can also download the NDTV Cricket app for Android or iOS.