In a stunning performance, the 110th-ranked Yuki Bhambri dispatched the ninth seeded Frenchman 6-4, 6-4 in an hour and 19 minutes. 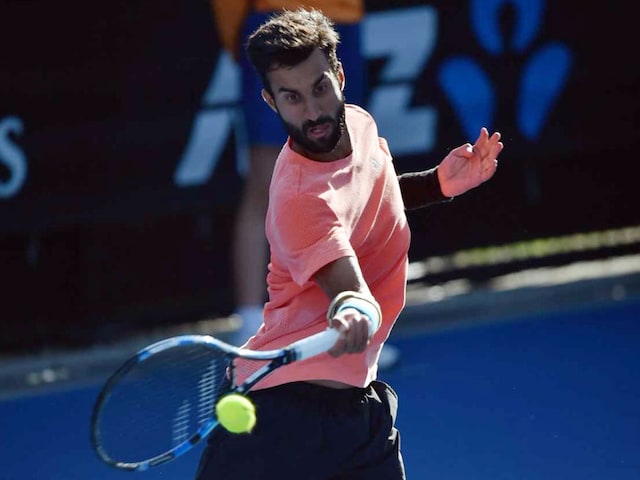 Yuki Bhambri will next take on American world number 21 Sam Querrey in the 3rd round of Indian Wells.© AFP

Indian Davis Cupper Yuki Bhambri registered the biggest win of his career as he toppled world number 12 Lucas Pouille to breeze into the third round of the Indian Wells Masters. In a stunning performance, the 110th-ranked Yuki, who qualified for the main draw, dispatched the ninth seeded Frenchman 6-4, 6-4 in an hour and 19 minutes. The win is the biggest for the 25-year-old Indian, who had shocked the tennis world by demolishing Citi Open defending champion and world number 22 Gael Monfils in August 2017.

Yuki had beaten world number 16 Fabio Fognini in 2014 at the Chennai Open but the Italian had retired from that match due to a fitness issue.

"I served well and played aggressive which was the key," Bahmbri told PTI.

"I just kept going at him and taking my chances which thankfully paid off," he said further.

Asked how he has started doing extremely well against top players of late, considering that now he has two wins over top-25 players in the last six months, Bhambri said,"I have had an opportunity to play them. If I keep giving myself the opportunity on the big stage, I will grab some of them."

"I would like to keep being consistent with it."

The win has already ensured Bhambri 45 ranking points and USD 47,170.

He will next take on American world number 21 Sam Querrey, who ousted Germany's Mischa Zverev 6-4, 7-5.

Rohan Bopanna was ousted from the men's doubles in the first round with Edourad Roger-Vasselin.

Comments
Topics mentioned in this article
Yuki Bhambri Lucas Pouille Tennis
Get the latest Cricket news, check out the India cricket schedule, Cricket live score . Like us on Facebook or follow us on Twitter for more sports updates. You can also download the NDTV Cricket app for Android or iOS.