India defeated Uzbekistan 4-1 to enter the Davis Cup World Group Playoffs. If India win their next tie they will enter the elite World Group. 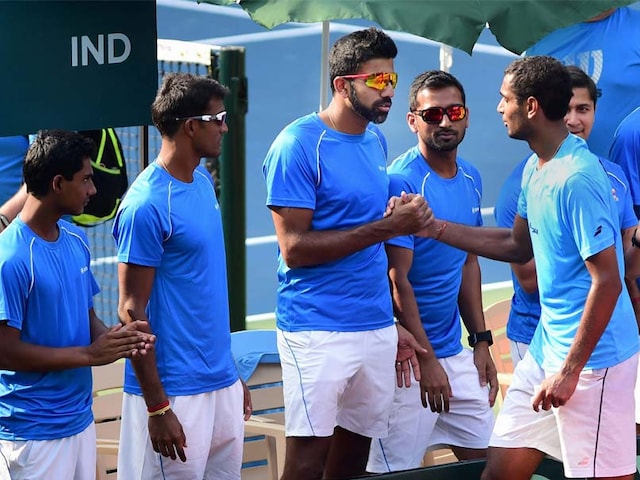 India had already won their Davis Cup Group 1 Asia/Oceania second round tie 3-0 against Uzbekistan but completed the formalities on Sunday. On the last day, India sealed the deal with a 4-1 victory to advance to the World Group Playoff in Bengaluru. The Indians had clinched an unbeatable 3-0 lead on Saturday after Rohan Bopanna and N. Sriram Balaji thrashed Farrukh Dustov and Sanjar Fayziev in the crucial doubles rubber. In the first reverse singles on Sunday, India's Ramkumar Ramanathan outclassed Fayziev 6-3 6-2 in just over an hour to put India 4-0 ahead.

"The tie was already sealed so I focused on a few things," Ramanathan said after the game.

"I did not want to commit a lot of double faults and I wanted to return better. I played smart and all the effort paid off," added the 22-year-old.

However, the home side's hopes of a clean sweep were dashed when Davis Cup debutant Prajnesh Gunneswaran lost to Temur Ismailov 7-5 6-3 in a hard-fought second reverse singles.

Ismailov said he was glad he could give his side a consolation win in the last rubber.

"In the first match (on Friday) I was nervous. But today I gave my best to give one victory to my team," said the player, ranked 406 in the singles.

The Indians will now play the World Group playoff in September against an opponent that will be decided later through a draw in London.

Comments
Topics mentioned in this article
Tennis Ramkumar Ramanathan
Get the latest updates on IPL 2020, check out the IPL Schedule for 2020 and Indian Premier League (IPL) Cricket live score . Like us on Facebook or follow us on Twitter for more sports updates. You can also download the NDTV Cricket app for Android or iOS.