Leander Paes hinted that his bitter relationship with Mahesh Bhupathi might have played a role in his omission from the squad. 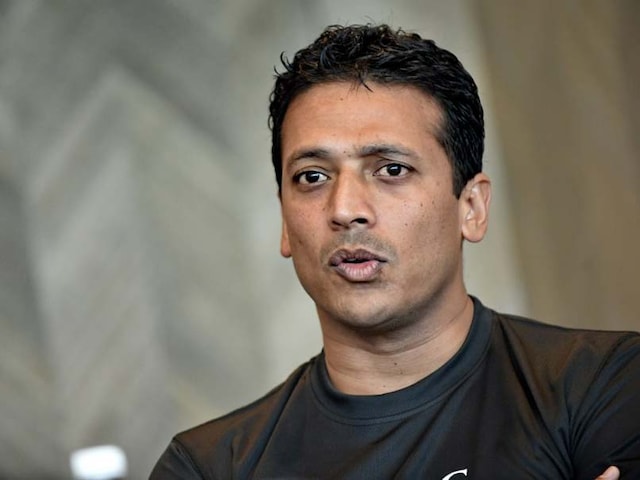 India's non-playing Davis Cup captain Mahesh Bhupathi said he will give an appropriate response to estranged partner Leander Paes' attack after winning the ongoing tie against Uzbekistan. "We just talked that we will focus on the match and a response (to Paes) will be given after we win the tie," Bhupathi told reporters after India took a 2-0 lead on the opening day of the Asia-Oceania Group 1 tie at the KSLTA stadium here.

After being left out of the Davis Cup for the first time in 27 years, an angry Paes had lashed out at Bhupathi, accusing his former partner of flouting selection criteria.

Paes hinted that his bitter relationship with Bhupathi might have played a role in his omission from the squad.

Bhupathi chose seasoned Rohan Bopanna over Paes despite the veteran winning a Challenger title in Mexico only a few days back.

Ramkumar Ramanathan and Prajnesh Gunneswaran handed India a 2-0 lead over Uzbekistan as they staved off a spirited challenge from the Uzbeks in their respective singles matches on the opening day of the tie.

Asked about today's results, Bhupathi said both the singles players did exceedingly well despite losing Yuki Bhambri and Saketh Myneni to injuries.

"Ram, a grinder as he is, found his way through and brought us a victory, which was much needed for him, as he was lying low for quite some time," he said.

Comments
Topics mentioned in this article
Mahesh Bhupathi Leander Paes Rohan Bopanna Tennis
Get the latest updates on IPL 2020, check out the IPL Schedule for 2020 and Indian Premier League (IPL) Cricket live score . Like us on Facebook or follow us on Twitter for more sports updates. You can also download the NDTV Cricket app for Android or iOS.