India will take on Uzbekistan in the Davis Cup Group 1 Asia/Oceania second round for a berth in the World Group Playoffs. 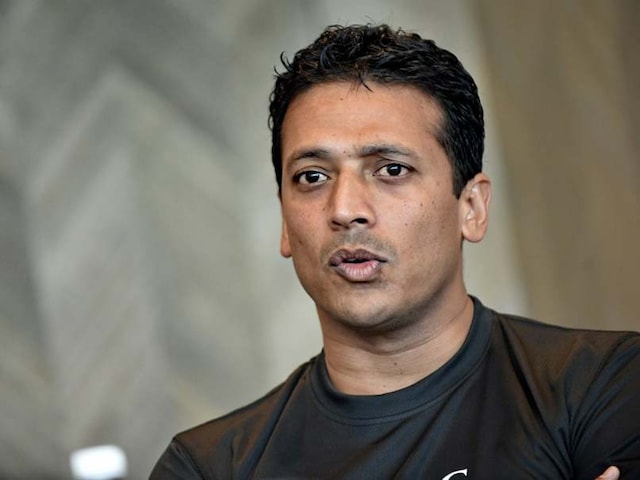 Mahesh Bhupathi reckons that the side needs to make the most of whatever it gets.© AFP

India's new Davis Cup captain Mahesh Bhupathi is still undecided with the team's doubles pair. India will take on Uzbekistan in the Davis Cup Group 1 Asia/Oceania second round in Bengaluru from Friday. Bhupathi on Tuesday refused to reveal the doubles combination, asserting that the focus should be on winning all the matches instead of obsessing over one. "The focus needs to be on how we are going to win three points. Davis Cup is all about winning three points, not one point. There is a lot of talk about doubles which has been going on for weeks and it will probably go on for the next 48 hours," Bhupathi said in a press conference in Bengaluru.

"Our focus is to go out there and win three points," he told reporters.

India's doubles combination for the tie has been a subject of speculation ever since Bhupathi picked four specialist singles players for the tie.

His decision to keep Leander Paes and Rohan Bopanna in reserves raised quite a few eyebrows but one of the two is certain to make the squad after Yuki Bhambri pulled out owing to an injury breakdown.

Bhupathi rejected suggestions that his and Paes' 22 doubles titles together is a testimony to the fact that doubles is India's strong point.

"I don't know if the results are doubles-related. We've always fielded what we thought was our best pair. You win some and you lose some. We (Leander and Mahesh) won 22 in a row so it doesn't mean the legacy is going to continue," he said.

Asked about top teams focusing on singles more than doubles, Bhupathi said this is because of the declining specialist doubles players.

"Obviously when you are playing at the highest level of doubles it's in the interest of the country to field the best possible team," he said.

"...I feel once the level declines past a point, every tennis player is capable of playing good doubles as long as he's pointed in the right direction. So, that's the reason we are still uncertain on who's playing doubles on April 8," he said.

As per a proposed change of format in Davis Cup, the competition could be truncated to two days instead of the current practice of three-day rubbers.

Bhupathi said such a change would be difficult to come through given that organisers will find it tough to fit doubles in a two-day format.

"Doubles has always been a pivotal point in the Davis Cup's legacy. So, if it's two days, how are you going to fit doubles in? Are you cutting it down to two days so that the top players play doubles? I don't know the reason so I can't comment," he said.

On the conditions here and whether they would be of any help to the home team, Bhupathi said the side needs to make the most of whatever it gets.

Asked about Rohan Bopanna's absence from today's press conference, Bhupathi said, "Because they told us it was a press conference for the Indian team. He is officially not in the team yet. He is a reserve."

Asked about shouldering responsibility of playing the first singles match in the tie, Ramkumar Ramanathan said it doesn't matter if it's the first or second match, but it is always a good feeling to play for India.

Comments
Topics mentioned in this article
Mahesh Bhupathi Leander Paes Rohan Bopanna Yuki Bhambri Ramkumar Ramanathan Tennis
Get the latest Cricket news, check out the India cricket schedule, Cricket live score . Like us on Facebook or follow us on Twitter for more sports updates. You can also download the NDTV Cricket app for Android or iOS.