Simona Halep will be entering the French Open with a 20-2 record this season. 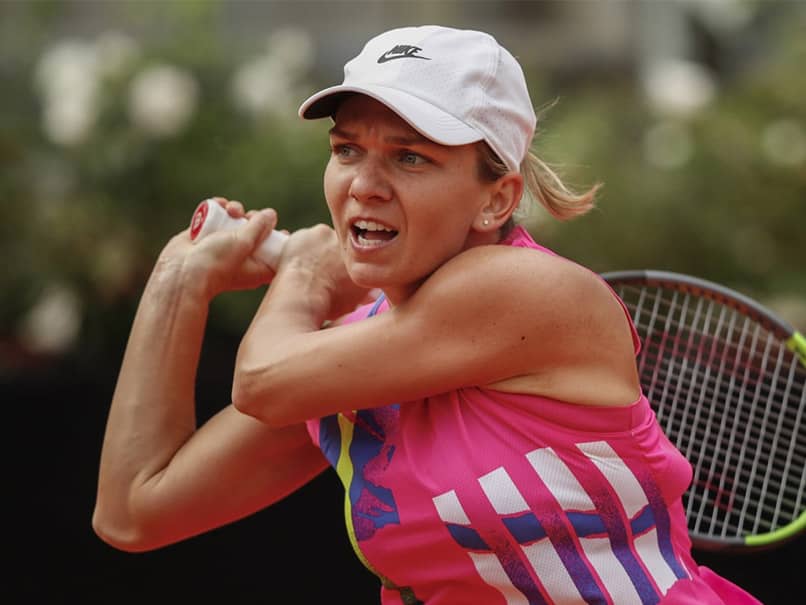 Simona Halep in action during the Italian Open© AFP

French Open favourite Simona Halep said Friday she was grateful to just have the chance to play at Roland Garros this year after the tennis calendar was turned upside down by the coronavirus pandemic. Delayed four months from its traditional spring billing, players must contend with vastly different conditions and far cooler temperatures than they are used to in the French capital. "To play Roland Garros in September, end of September, it's a little bit weird," said Halep, the 2018 champion.

"But it's nice that we have the chance to play at this tournament. We should actually thank everyone for fighting so hard to make it possible."

The Romanian was among six top 10 players to skip the recent US Open over Covid-19 fears, but the extended lay-off has not impacted her form.

Halep comes into the competition owning a 20-2 record this season. She has won her last three events, in Dubai before the virus shutdown, and then titles on clay in Prague and Rome.

The top seed begins her campaign against Spain's Sara Sorribes Tormo and can return to the number one ranking with a second French Open title.

With defending champion Ashleigh Barty opting not to play and US Open winner Naomi Osaka sidelined by injury, Halep is the only top three representative in the field here.

"I'm honoured to hear that I am the favourite, people thinking that I'm the favourite. But I don't look in that direction," said Halep.

"It's not extra pressure. I'm used to this kind of pressure because I've been No. 1 seeded in the past. I've been in this position," she added.

"I take it as a normal tournament. So no extra pressure for me, it's just a positive pressure that I have."

Conditions are expected to be heavier with rain forecast for much of the first week. Fortunately, the showpiece Philippe Chatrier Court will debut its new retractable roof.

Halep, unbeaten in 14 matches, is confident she will adjust to whatever challenges arise.

"When it's cold, it's a little bit heavier and a little bit different. It's a big difference between Rome and here, that's for sure. 15 degrees less," she said.

"I feel the cold. I feel like struggling a little bit. But for everybody is the same.

"Every time I play on these courts I like because they are a little bit harder and the ball bounces a little bit more. The conditions are good for me, in my opinion."

Maria Sharapova got the better of her in 2014 with a shock loss to unseeded Latvian Jelena Ostapenko three years ago.

Halep, however, eventually made her major breakthrough 12 months later when she beat Sloane Stephens for the title in Paris.

"Every tournament I play, it's a dream to win it. French Open is very special because it was the first Grand Slam. It will stay forever like this," said Halep.

"Every time I come here I have the desire to play as good as possible and to go till the end. But as we know, every match is a battle, every match is very tough. I'm not thinking about the title right now."

Comments
Topics mentioned in this article
Simona Halep Tennis
Get the latest updates on India vs Australia Series, check out the India vs Australia Schedule for 2020-21 and Ind vs Aus live score . Like us on Facebook or follow us on Twitter for more sports updates. You can also download the NDTV Cricket app for Android or iOS.