French Open 2020: Dominic Thiem and Elina Svitolina continued with their fine form to reach the last-16 of Roland Garros. 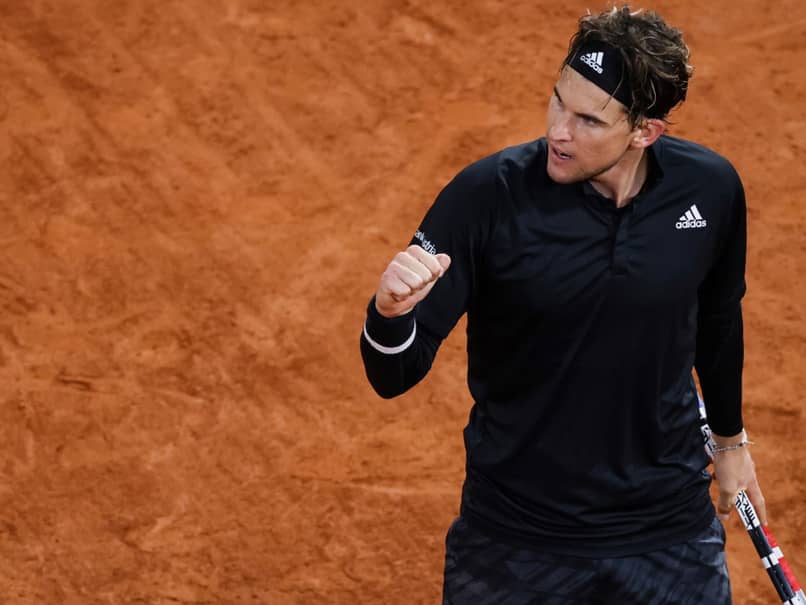 US Open winner Dominic Thiem swept into the last 16 at Roland Garros on Friday along with women's third seed Elina Svitolina while Rafael Nadal anticipated a stiffer challenge after serene progress in his first two matches at the tournament. Thiem broke down early resistance from Norway's Casper Ruud to secure an impressive 6-4, 6-3, 6-1 victory and set up a possible showdown with 2015 French Open winner Stan Wawrinka. "I'm very happy. It was a great match and I didn't do any mistakes," said Thiem, the runner-up to Nadal the past two years.

"The conditions are very nice to play in under the roof - no wind and the court is perfect."

Wawrinka, the 16th seed, goes up against the lone Frenchman remaining in the draw, Hugo Gaston, the world number 239.

Two-time quarter-finalist Svitolina ensured she will stick around for the second week in Paris with a 6-4, 7-5 win over Russia's Ekaterina Alexandrova, the 27th seed.

Ukrainian Svitolina is full of confidence after capturing her 15th career WTA at Strasbourg last weekend.

"It's always really nice to have another chance to go deep in the tournament," said Svitolina.

"It's a little bit different without the crowd, so you start to treasure every match and every Grand Slam you play."

Later on Wednesday, 12-time champion Nadal meets 74th-ranked Italian Stefano Travaglia, who is through to the last 32 of a Grand Slam for the first time.

Unsurprisingly, Nadal has yet to drop a set in Paris against opponents with a combined ranking of 319, but the Spaniard knows tougher examinations await in his pursuit of Roger Federer's record 20 major titles.

"I've won two matches in three sets. When you win like this it's not bad, it means you don't make many mistakes and manage to make a difference," said Nadal.

"It's a good thing. I know in the next round more is going to be asked of me and I need to be ready for that."

Comments
Topics mentioned in this article
Dominic Thiem Elina Svitolina Tennis
Get the latest updates on India vs England Series, India vs England , live score and IPL 2021 Auction . Like us on Facebook or follow us on Twitter for more sports updates. You can also download the NDTV Cricket app for Android or iOS.