Dominic Thiem will face Jack Sock in the second round of the French Open. 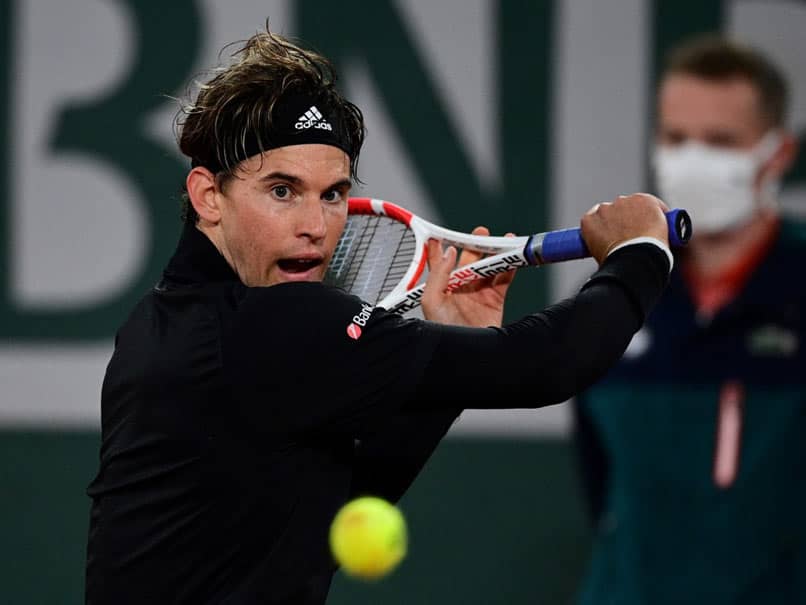 US Open champion and third seed Dominic Thiem eased into the Roland Garros second round on Tuesday with a 6-4, 6-3, 6-3 win over Croatia's Marin Cilic. Thiem, the runner-up to Rafael Nadal in Paris in the last two years, will face American qualifier Jack Sock for a place in the last 32. A steady display from Thiem saw the Austrian break Cilic six times under the roof of Court Philippe Chatrier on another gloomy day at Roland Garros, pushed back from its customary May-June slot due to the coronavirus pandemic.

"I really love this tournament, it's by far my best Grand Slam tournament so far," said Thiem, who plays American qualifier Jack Sock in the second round.

"I'm really happy with my first round. The transition to the cold conditions and clay worked really well."

He added: "I'm from Austria so I know how it is to play in these cold conditions. I love it when it's not too fast. I felt well from the first moment I came here."

Comments
Topics mentioned in this article
Dominic Thiem Marin Cilic Tennis
Get the latest updates on IPL 2021, IPL Points Table , IPL Schedule 2021 , live score . Like us on Facebook or follow us on Twitter for more sports updates. You can also download the NDTV Cricket app for Android or iOS.