French Open 2020: Andy Murray Knocked Out After Losing To Stan Wawrinka In First Round

Andy Murray said Sunday it was going to be "difficult" for the former world number one to reach his level of old after a lopsided defeat by fellow three-time Grand Slam champion Stan Wawrinka in the French Open first round. 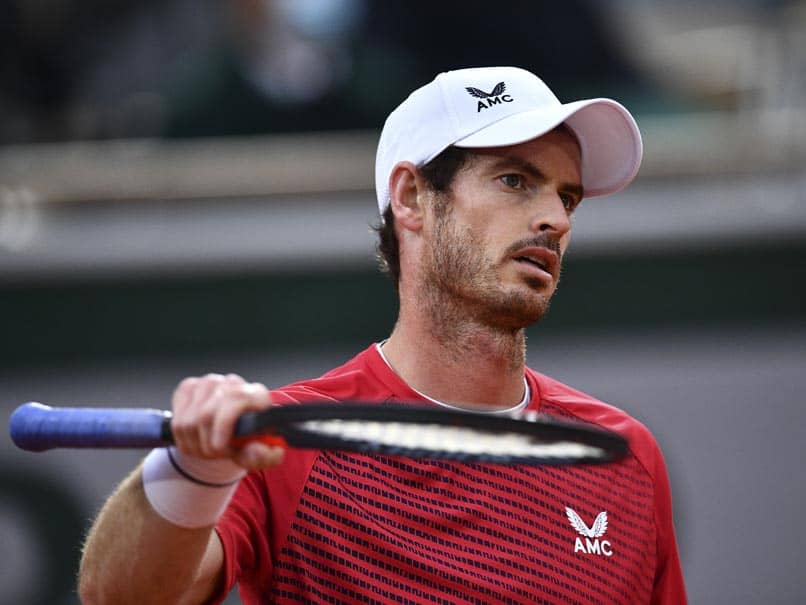 French Open: Andy Murray lost to Stan Wawrinka in straight sets and was knocked out in the first round.© AFP

Andy Murray said Sunday it was going to be "difficult" for the former world number one to reach his level of old after a lopsided defeat by fellow three-time Grand Slam champion Stan Wawrinka in the French Open first round. Murray suffered his joint-worst defeat at a major in terms of games won, succumbing to 2015 Roland Garros winner Wawrinka 6-1, 6-3, 6-2 in the opening day's marquee match. "I need to have a long, hard think about it. It's not for me the sort of match I would just brush aside and not give any thought to," Murray told reporters. "I should be analysing that hard and trying to understand why the performance was like that."

Murray, who needed a wild card to play in Paris this year, was competing in a clay court tournament for the first time since his five-set loss to Wawrinka in their 2017 French Open semi-final.

The Scotsman, who cited that match as "the end of my hip", has been running a long battle ever since with an injury that at one stage threatened to destroy his career.

"It's going to be difficult for me to play the same level as I did before," said Murray.

"But I'll keep going. Let's see what the next few months holds, and I reckon I won't play a match like that between now and the end of the year."

Wawrinka fired 42 winners past a subdued Murray, who made barely a third of his first serves and was broken six times.

"From a physical perspective I wouldn't expect to physically be the same as what I was before I had the operation," Murray added.

"But in terms of like ball striking and in terms of my strokes and stuff...there is no reason that I shouldn't be able to do that from a technical perspective."

- In favour of Wimbledon return -

Murray reached the second round of the US Open in his first Slam since hip resurfacing surgery, and said he was aiming to finish the season strongly.

Roland Garros marked just his third tournament this year, having missed the Australian Open while rehabbing before the coronavirus pandemic brought tennis to a standstill.

"I know tournament-wise I'm going to try to play as much as I can between now and the end of the year. The plan is to play in Cologne, the two tournaments there," said Murray of the back-to-back events starting October 12.

"It's more about getting the most out of my game. I don't think it's going to be that easy for me to change it at this stage in my career, even though it's something I have considered and looked at."

He also admitted he would like to see Wimbledon played in 2021 irrespective of whether spectators are allowed to return. It was cancelled this year for the first time since World War II.

"I think the events that have gone on so far, the ones I've been involved in, have been pretty successful," said Murray.

"If the fans are enjoying watching it and they are getting good TV ratings...then that would suggest people would still like to see tennis and watch the major events.

"For a player, for sure it is not the same playing without fans, but I'd still way rather be playing the event than not. That's for sure.

"I would like to see Wimbledon go ahead regardless of whether there is fans or not."

Andy Murray Stanislas Wawrinka
Get the latest updates on IPL 2021, IPL Points Table , IPL Schedule 2021 , live score . Like us on Facebook or follow us on Twitter for more sports updates. You can also download the NDTV Cricket app for Android or iOS.