Coronavirus: Former US Davis Cup Captain Patrick McEnroe Says Virus Is Behind Him

Former US Davis Cup captain Patrick McEnroe, who was diagnosed with COVID-19 in March, said Saturday that he has now tested negative for the virus. 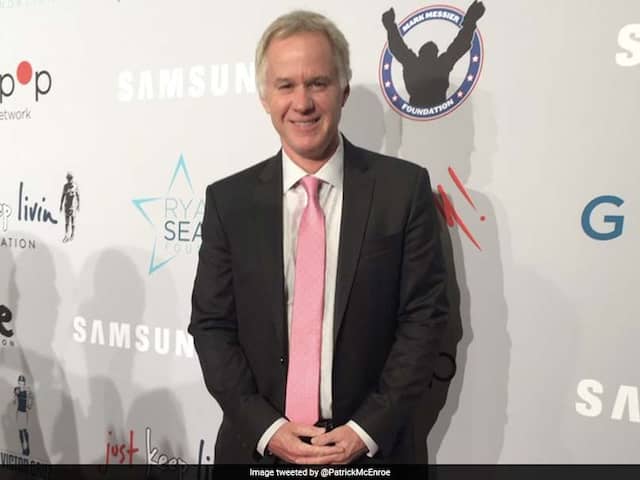 Patrick McEnroe wants to contribute to the fight against the coronavirus.© Twitter

Former US Davis Cup captain Patrick McEnroe, who was diagnosed with COVID-19 in March, said Saturday that he has now tested negative for the virus. "All right everyone, great news for me and my wife, Melissa, we both tested negative for COVID-19," McEnroe said in a video posted on Twitter. "We just got the tests back this morning."

The 53-year-old younger brother of seven-time Grand Slam singles champion John McEnroe, said he was tested at the same drive-up facility in suburban Westchester County, New York, where he obtained his initial test.

He said the procedure was even more efficient, with more technicians testing six lines of patients instead of two.

"I know we're talking a lot about testing on TV, we need more of them, we all know that. It was great to see this going so well for us and for New York state in general," said McEnroe, who quarantined at home during his illness.

New York state has seen more than 12,000 deaths from COVID-19, although the state reported its lowest one-day death toll in two weeks on Saturday of 540.

McEnroe said that as someone who had recovered from the virus he hoped to be able to contribute to the fight against the disease.

"Now I'll try to go for the antibody test when that's available to give my blood, my plasma," he said.

Researchers are studying treatments in which coronavirus patients are given blood plasma from recovered individuals who have developed antibodies that can fight the disease.

"Still thinking about everyone on the front lines," McEnroe concluded. "We've got to stay the course."

McEnroe, who had first tweeted a video announcing his diagnosis from the basement of his home, was outdoors in the sunshine on Saturday.

McEnroe won his only ATP singles title in 1995 at Sydney. He captured a Grand Slam doubles crown at the 1989 French Open alongside compatriot Jim Grabb.

He was captain of the 2007 US Davis Cup squad that beat Russia 4-1 in the final at Portland, Oregon.