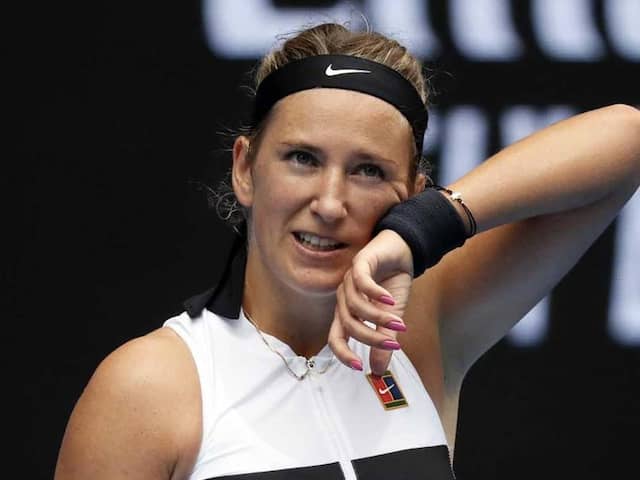 It was Victoria Azarenka's worst performance at Melbourne Park since a first-round exit in 2006.© AFP

Former world number one and two-time champion Victoria Azarenka was dumped from the Australian Open at the first hurdle on Tuesday, throwing away a one-set lead against Laura Siegemund. The Belarusian, who has tumbled down the rankings since the birth of son Leo and a messy custody battle afterwards, slumped out 6-7 (5/7), 6-4, 6-2. Germany's Siegemund trailed 4-2 in the second set before finding her second wind to come out on top of the almost three-hour marathon. "I played a good first set and even though I was up in the tiebreak, I let go a little bit and she was right there," said the world 110.

"I kind of reset myself and knew I was playing a good match, and I just had to  close in those situations."

The win was her first at a major since the 2016 US Open, as continues to work her way back from a major knee injury in early 2017.

For Azarenka, it was her worst performance at Melbourne Park since a first-round exit on her debut in 2006.

She won the title in 2012 and 2013, but missed the last two tournaments because of giving birth and the custody battle.

In men's singles, Alexander Zverev, who has been tipped as a potential Grand Slam winner, lived up to his billing by sweeping into the second round of the Australian Open in straight sets.

The 21-year-old world number four cruised past Aljaz Bedene 6-4, 6-1, 6-4 in 1hr 55min on Rod Laver Arena after coolly overcoming a minor first set blip when he lost his serve to the Slovenian world number 67.