"It's A Serena-Tard": Serena Williams Unveils Her Latest Fashion Statement At Australian Open 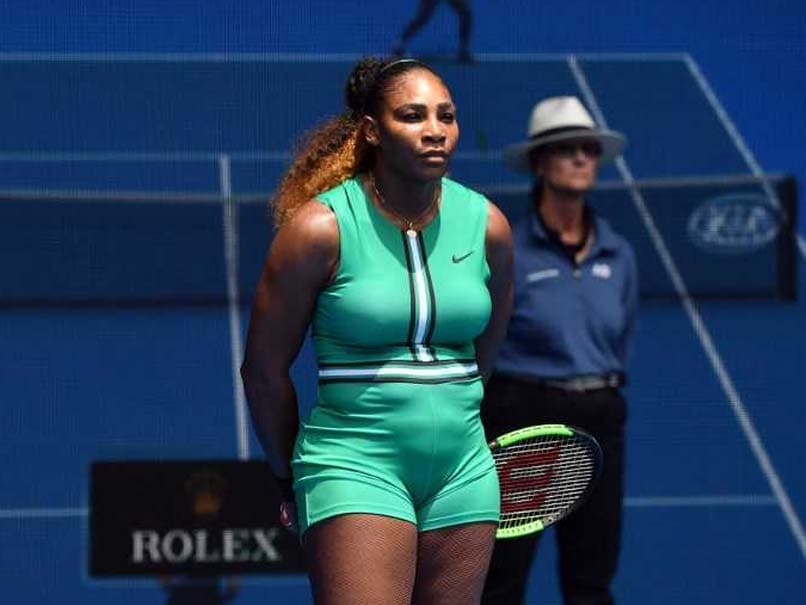 Serena Williams is renowned for her on-court outfits.© AFP

Serena Williams unveiled her latest fashion statement at the Australian Open on Tuesday, and helpfully ended any confusion about what to call the striking garment. Some suggested it was a onesie, others said it resembled a romper suit, but for the item's famous creator there could be only one name. "It's a Serena-tard," Williams told reporters when quizzed about her latest look. Made of jade-green lycra with a black-and-white waistband, the skin-tight outfit looks like a pair of disco-era hotpants attached to a builder's singlet. Serena Williams matched it with fishnet stockings, which she explained were a health measure designed to avoid deep-vein thrombosis (DVT).

Williams almost died in 2017 when blood clots formed in her lungs after she gave birth to her first child, daughter Olympia.

She said she still lived in fear of the condition returning and wore compression tights to help stop clots forming.

"(I'm) definitely still concerned. I have had some issues and they're not done. So it's just something I just have to do for pretty much probably the rest of my career," she said.

"But I'm always at the doctor. With DVTs, it's very scary. I know a lot of people -- they're very common. A lot of people have them. Especially for me it's incredibly frightening."

Williams is renowned for her on-court outfits, including a body-hugging black catsuit at last year's French Open that caused controversy when organisers said she would not be able to wear it this year.