Andy Murray To End His Season After China Open

Andy Murray has played just five tournaments this season and is currently ranked No. 308. 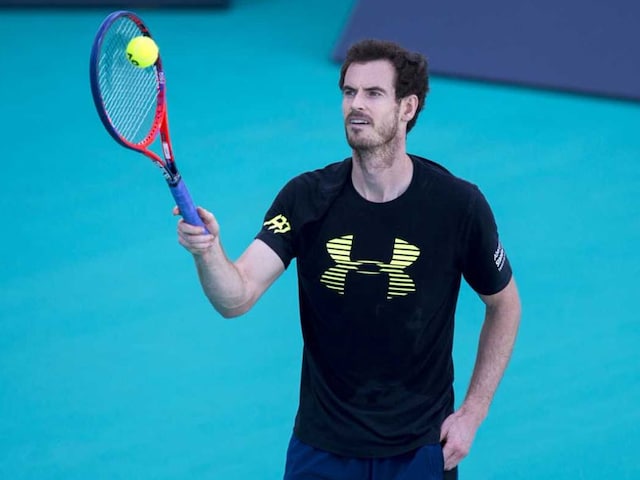 Andy Murray returned to the ATP World Tour in June after being sidelined for nearly a year.© AFP

British tennis star Andy Murray has said that he plans to wrap up his season after taking part in two upcoming hard-court tournaments, Shenzhen Open and China Open. That decision means the former world No. 1 will not take part in either the Shanghai Masters or Paris Masters, which are two of tennis' nine ATP World Tour Masters 1000 events. Murray, who has played just five tournaments this season and is currently ranked No. 308, returned to the ATP World Tour in June after being sidelined for nearly a year by a hip injury that required surgery, Efe news reported.

"I need a long period of training and reconditioning to get myself in the best shape possible for the beginning of the 2019 season and getting myself back competing for the biggest tournaments again," the 31-year-old three-time Grand Slam champion said on Saturday in a video posted on his Facebook account.

Murray's best result this season has been a quarter-final berth in the Citi Open in Washington, although he withdrew from that tournament before his last-eight match against Australia's Alex De Minaur, citing the need to be careful as he makes his way back from injury.

Murray has no points to defend the rest of the season, so he still has a chance to significantly improve his ranking in his final two events of 2018 in Shenzhen, China, and Beijing.