Michael Clarke was unequivocal in his admiration for Virat Kohli. 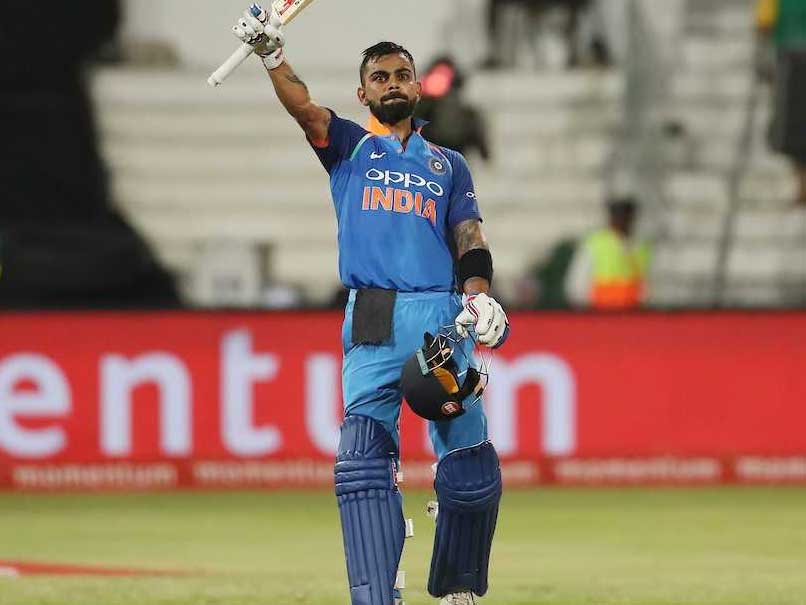 Virat Kohli's stock has been on the up for quite a while now, with the Indian skipper scoring centuries at will. The South Africa series was being seen as the litmus test for not only his captaincy but his scoring prowess in alien conditions and Kohli has so far come through with flying colours. Barring a few disappointments in the Test series, Kohli and Team India have come back with vengeance to blow the hosts away in the ODIs. Kohli slammed his 34th ODI century to help India record a comprehensive 124-run win in the third ODI at Newlands. Congratulatory messages on Twitter poured in after Kohli's sensational innings but the biggest compliment came from former Australian captain Michael Clarke, who dubbed Kohli as "the best ODI player of all time".

Australian batsman David Warner too lauded Kohli, saying that he is on a different level.

He's on a different level this bloke wow. What a player@imVkohli https://t.co/SoDyRQajQi

After starting the ODI series with a brilliant century in Durban, Kohli notched his second of the ongoing series with a scintillating 160 not out off 159 balls.

Kohli's knock ended up being the highest individual score by an Indian batsman against South Africa in South Africa, going past Sourav Ganguly's 127 at Johannesburg in 2001.

The Indian skipper's second highest ODI score helped India completely blow away the hosts in the third ODI as the visitors took an unassailable 3-0 lead.

Records kept tumbling as his innings progressed. He also became the Indian ODI captain with most hundreds to his name.

Comments
Topics mentioned in this article
India Cricket Team South Africa Cricket Team Virat Kohli Michael Clarke South Africa vs India 2018 Cricket
Get the latest updates on Fifa Worldcup 2022 and check out  Fifa World Cup Schedule, Stats and Live Cricket Score. Like us on Facebook or follow us on Twitter for more sports updates. You can also download the NDTV Cricket app for Android or iOS.