Suresh Raina hit 43 off 27 balls and took one wicket for 27 runs in three overs in an all-round display to help India beat South Africa by seven runs in the third T20I. 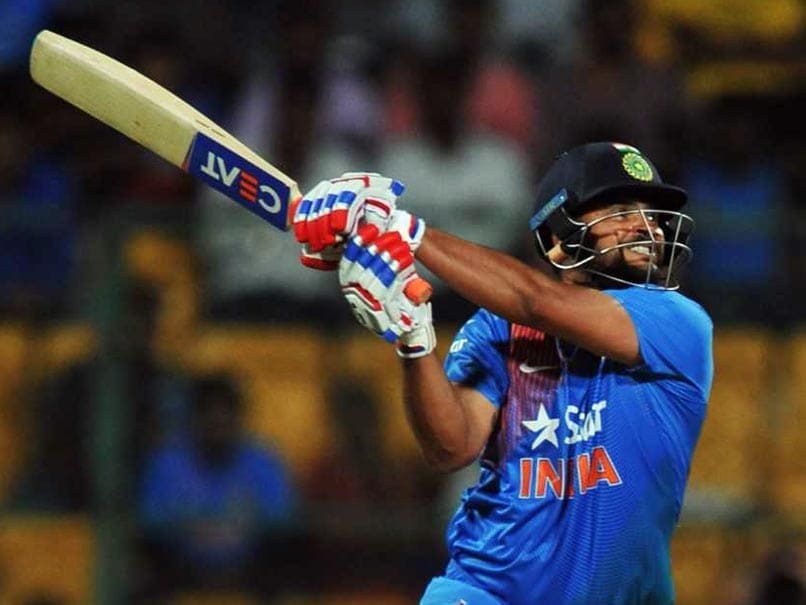 India batsman Suresh Raina said he is hoping to continue his strong show in the T20 International series against South Africa in the upcoming tournaments, including the IPL, in his bid to make a comeback into the ODI squad. Raina hit 43 off 27 balls and took one wicket for 27 runs in three overs in an all-round display to help India beat South Africa by seven runs in the third T20I on Saturday to clinch the series 2-1.

"This moment (comeback) is very important for me. From here on we will play in Sri Lanka and then IPL. We have a lot of matches coming up. I have been part of the World Cup before and I have won the World Cup before in 2011. It was my first World Cup and we won the trophy. That was an unbelievable feeling," he said.

Success comes with a lot of hard work & motivation! And Motivation comes from a big support system.
Big thanks everyone for all the love, wishes and support.pic.twitter.com/iI0MmDMtyy

"Coming back to ODIs, I have done well at No. 5. It is just a matter of couple more games and I think I can show that I can definitely come back in the ODIs too soon," said Raina who was adjudged man of the match.

Raina last played in an ODI in October 2015 against South Africa in Mumbai. Before this T20I series, Raina's last appearance in the shortest format in India colours was in February last year.

"I worked really hard for last two years. Each and every session I was doing in the gym or on the field, I was just hoping when am I going to play for India again. I have worked really hard on my game as well as my fitness and my mental toughness. When team India wins everything looks so nice," he said.

The 31-year-old left handed batsman said the Indian team was a confident bunch of players, which was reflected by the results.

"The way we played in Tests and ODIs, it showed what we can achieve as a team in South Africa. No team has ever done it before. That confidence in the dressing room gave us license to enjoy ourselves on the ground and express ourselves. That s why we won this game. We bowled beautifully in the first six overs. Bhuvneshwar Kumar, Jasprit Bumrah, Hardik Pandya did well. T20 cricket is all about how you put your attitude on the field and that s all we showed today," he said.

He said he has benefitted immensely from the promotion to No. 3, especially with Virat Kohli himself moving down to No. 4. The skipper was absent from this final match owing to a stiff back.

"The way Virat led the team in last two and a half months, he showed he cares about each and every person. Batting at No. 3, he has done brilliantly in T20 cricket but he gave me that license to go after the bowlers and attack. He showed the faith in me."

Raina said it's imperative to make the first six overs count whether batting or bowling.

"Today, I was enjoying batting with Shikhar Dhawan. He made me more comfortable at the other end. I just looked to enjoy myself and express my shots. That s what we have done in the first six overs (throughout the series). I think T20 is all about six overs. You can put a lot of bowlers back easily if you have wickets in hand and you can execute later on," he said.

"When South Africawon the toss it meant that they had to bat well in second innings. With 171, when you have Bhuvi, Bumrah and Hardik, you can easily defend with the good fielding unit we have," he added.

"In the last two games, they (SA) played really well but this wicket was different. We bowled really well. Our bowlers used a lot of variation. It is not easy to smash every ball and at the same time you need to see where you will finish after powerplays especially when you are chasing 171. You need to have a good start in six overs but our bowlers did tremendously well and they bowled in good areas."

Comments
Topics mentioned in this article
India Cricket Team South Africa Cricket Team Suresh Raina Virat Kohli South Africa vs India 2018 Cricket
Get the latest updates on IPL Auction 2023 and check out  IPL 2023 and Live Cricket Score. Like us on Facebook or follow us on Twitter for more sports updates. You can also download the NDTV Cricket app for Android or iOS.