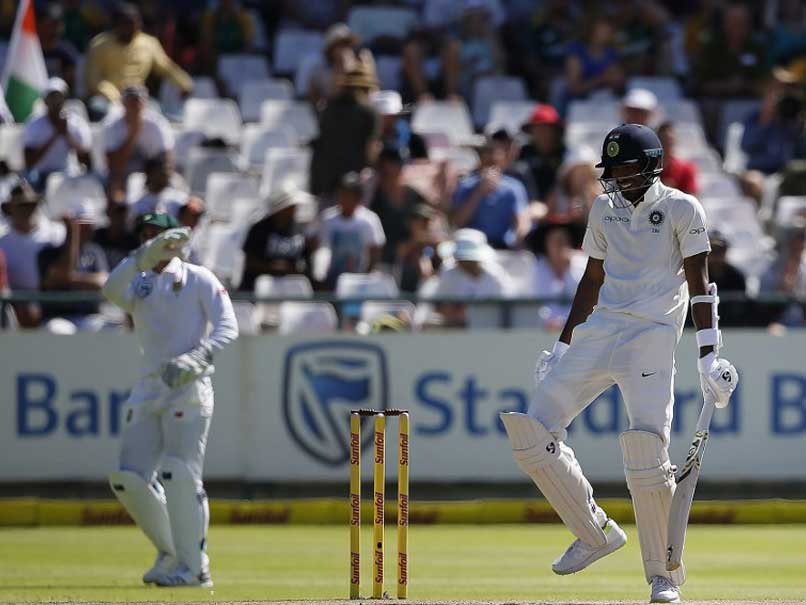 Former India batsman Sanjay Manjrekar took to Twitter on Saturday and compared Hardik Pandya's innings with legendary actor Amitabh Bachchan. Manjrekar tweeted, "Like Amitabh Bachchan used to play those double roles, Hardik Pandya also showed two characters in his superb innings. The modern T20 player along with the orthodox classical Test batsman." India were in a lot of trouble in the first innings of the first Test match played at Newlands, Cape Town. In reply to South Africa's 286, India were struggling at 76 for 5 when Hardik Pandya came into bat for the visitors.

Pandya not only took the attack to the opposition but also ensured that his team doesn't concede a big first innings lead. The Baroda all-rounder scored a brilliant counter-attacking 95-ball 93 that took India past the 200-run mark. However, the comparison didn't go down well with some of Big B's fans.

Pls don't compare @SrBachchan: a legend, a superstar to a newbie. Pandya need to fulfil many roles to even come close to the great Big B.

Proved that you are Mr Imperfect

India were bowled out for 209 that gave South Africa a lead of 77 runs. At the end of the second day's play, the Proteas were 65 for 2, having lost both their openers. Pandya was again among the thick of things as he struck with the ball, picking up both the wickets for India. Aiden Markram was dismissed trying to force the play and got a leading edge that was safely taken by Bhuvneshwar Kumar while Dean Elgar edged one to the keeper just before the end of second day's play. Going into the third day, India would hope to bowl out South Africa cheaply in the second innings and keep their hopes alive in the Test match. The Proteas, on the other hand would look to bat India out of the Test match and go for the kill as the game progresses.

Comments
Topics mentioned in this article
India Cricket Team Hardik Pandya Sanjay Manjrekar South Africa vs India 2018 Newlands, Cape Town Cricket
Get the latest updates on ICC T20 Worldcup 2022 and CWG 2022 check out the Schedule, Live Score and Medals Tally. Like us on Facebook or follow us on Twitter for more sports updates. You can also download the NDTV Cricket app for Android or iOS.