India had ensured the number one spot on the ICC Test team rankings at the April 3 cut-off dateand a prize of $1 million after their victory in the Johannesburg Test against South Africa last month. 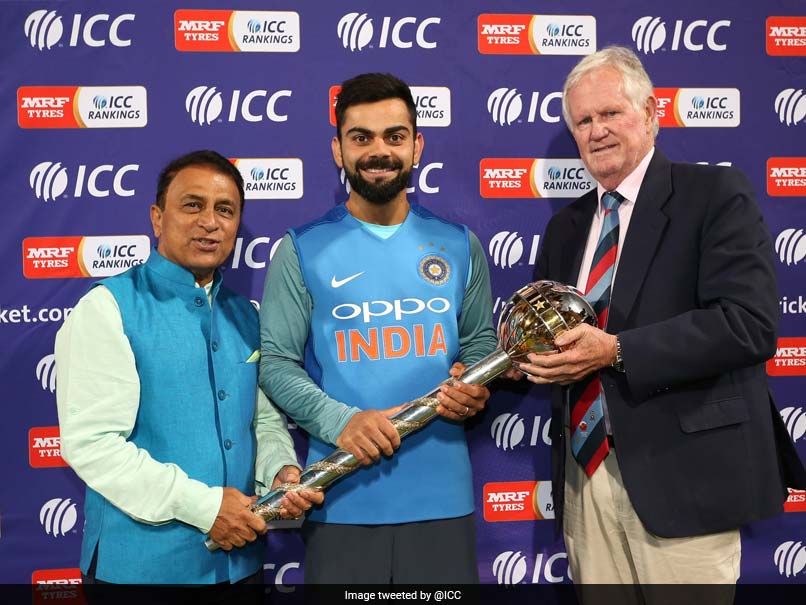 The International Cricket Council (ICC) presented the ICC Test championship mace to India captain Virat Kohliin the Newlands Stadium at the conclusion of the South Africa tour on Saturday. On behalf of the ICC, Cricket Hall of Famers Sunil Gavaskar of India and Graeme Pollock of South Africa made the presentation immediately after the awards ceremony for the T20I series. India had ensured the number one spot on the ICC Test team rankings at the April 3 cut-off date and a prize of $1 million after their victory in the Johannesburg Test against South Africa last month.

India had arrived in South Africa on 124 points, with South Africa 13 points behind on 111 points. However, Virat Kohli's men will return on 121 points as opposed to South Africa's 115 points, which will be good enough for them to keep possession of the prestigious ICC Test Championship mace for the second year in succession at the April cut-off.

Kohli had became the 10th captain since 2002 to get his hands on the mace when he received it from Gavaskar following the Indore Test against New Zealand in 2016.

Now, South Africa will have to win at least one Test against Australia to retain second place in the Test table, which, in turn, will earn them $500,000. In this scenario, Australia will pocket $200,000 for a third place finish. However, if Australia win by 3-0 or 4-0, then they will leapfrog South Africa into second place.

The winner of the two-Test New Zealand v England series, which will also be played in March, will decide the side that finishes fourth on the table and will take home $100,000. A drawn series will mean New Zealand will finish ahead of England.

Comments
Topics mentioned in this article
India Cricket Team South Africa Cricket Team Virat Kohli Robert Graeme Pollock Sunil Gavaskar South Africa vs India 2018 Cricket
Get the latest updates on IPL Auction 2023 and check out  IPL 2023 and Live Cricket Score. Like us on Facebook or follow us on Twitter for more sports updates. You can also download the NDTV Cricket app for Android or iOS.