India vs South Africa, 3rd T20I: Virat Kohli Misses Out Due To Stiff Back

India captain Virat Kohli was not a part of the playing eleven in the third and final T20I of the series against South Africa. 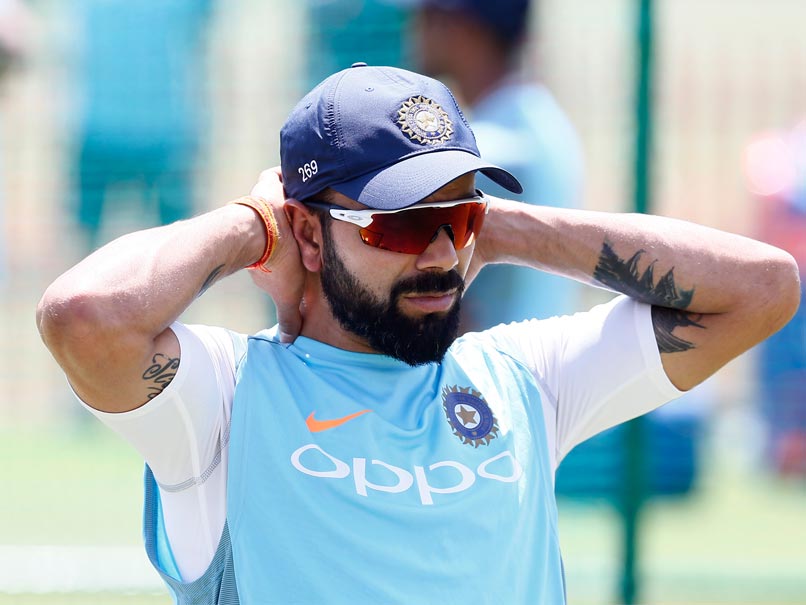 Virat Kohli was rested for the third and final T20I against South Africa at Newlands, Cape Town.© AFP

India captain Virat Kohli was not a part of the playing eleven in the third and final T20I of the series against South Africa. In Kohli's absence, Rohit Sharma took over the captaincy as South Africa won the toss and elected to field first in what looked like a good batting surface with a fair bit of grass cover. Speaking of Kohli's absence in the side, Rohit said that the Indian skipper had a stiff back and he needed some rest. Dinesh Karthik was included in the side in place of Kohli with Yuzvendra Chahal and Jaydev Unadkat also missing out on a spot. Axar Patel and Jasprit Bumrah was included in the final XI in place of Chahal and Unadkat. South Africa made a couple of changes as well to their side with Christiaan Jonker making his debut and Aaron Phangiso coming back into the side.

No KOHLI Evens the playing field for the decider #SAvsIND

David Miller will open the batting for the hosts that may have taken many by surprise. "David Miller would be opening the batting and is a class act and we'll bank on him to get us off to a good start. All we need to do is stick to the basics and the rest will take care of itself," said Duminy at the toss.

Earlier, Kohli limped off the field before India completed another dominant performance over South Africa in the first Twenty20 international at the Wanderers Stadium on Sunday. Shikhar Dhawan and Bhuvneshwar Kumar were mainly responsible for India's 28-run win, just two days after the tourists completed a 5-1 thrashing of the hosts in a one-day international series. India captain Kohli left the field 13 overs into South Africa's innings after suffering a left leg strain while batting.

Comments
Topics mentioned in this article
South Africa Cricket Team India Cricket Team Virat Kohli Rohit Sharma Newlands, Cape Town South Africa vs India 2018 Cricket
Get the latest updates on IPL Auction 2023 and check out  IPL 2023 and Live Cricket Score. Like us on Facebook or follow us on Twitter for more sports updates. You can also download the NDTV Cricket app for Android or iOS.