Before Pandya's dismissal, Kohli registered his 21st Test ton.Resuming at his overnight score of 85, Kohli led from the front to defy the home bowling to score the hundred, which also puts him on par with South African rival and Royal Challengers Bangalore teammate AB de Villiers in the number of centuries. 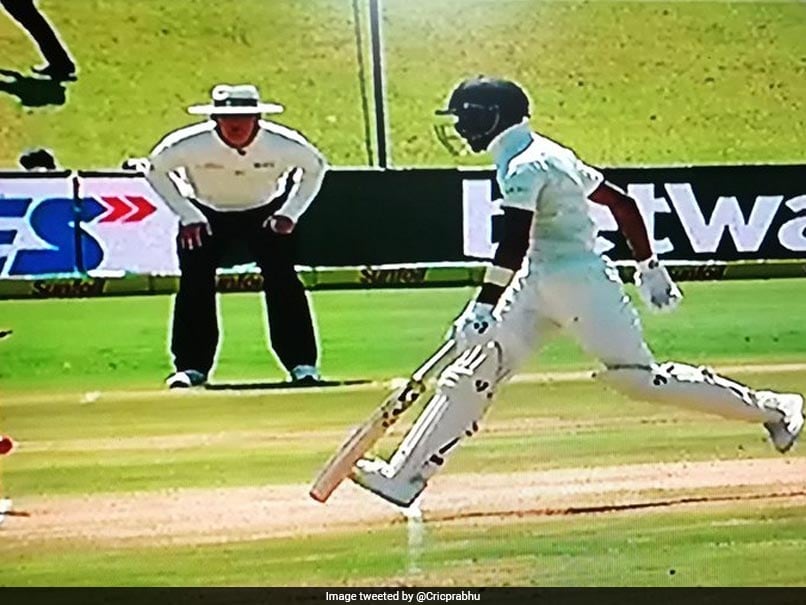 India all-rounder Hardik Pandya came under severe criticism from Sunil Gavaskar after he gifted his wicket with a schoolboy error on Day 3 of the 2nd Test against South Africa at Centurion's SuperSport Park. Pandya pushed the ball down to mid-on and set off for a quick single. Kohli, correctly assessing the situation, sent him back. Despite Vernon Philander's direct hit, Pandya looked to have made it comfortably back into the crease. However, he failed to drag his bat across the line. The TV replay showed that his bat and foot were in the air. The South Africans could not believe their luck as a gutted Pandya walked back to the pavilion.

"Casual. No not just casual, that is unforgivable" said Gavaskar in commentary. Sanjay Manjrekar on the other hand described Pandya's attitude as "arrogant,". He also cited the example of legendary batsman Sachin Tendulkar, whose confidence never translated to arrogance throughout his career.

Early lesson for Hardik Pandya that this game will come to bite you back if you let confidence become arrogance.

Not just the commentators, fans too weren't impressed by Pandya's effort.

He may not be the next Kapil Dev but Hardik Pandya, by not grounding bat, at least proved he's the next Ganguly. #SAvIND #INDvSA

Hardik Pandya balancing out all the good things he has done on the tour. If you don't respect the game enough, it'll come back to bite you hard. #SAvIND

Everyone talked about the importance of the first hour, and how it can change the landscape of this game.

Before Pandya's dismissal, Kohli registered his 21st Test ton. Resuming at his overnight score of 85, Kohli led from the front to defy the home bowling to score the hundred, which also puts him on par with South African rival and Royal Challengers Bangalore teammate AB de Villiers in the number of centuries.

This was Kohli's 11th century away from home and in the context of the current series and the circumstances surrounding it, possibly one of the most important of his career.

Comments
Topics mentioned in this article
India Cricket Team South Africa Cricket Team SuperSport Park, Centurion Hardik Pandya Cricket South Africa vs India 2018
Get the latest updates on IPL 2021, check out the IPL 2021 Schedule and Indian Premier League Live Score . Like us on Facebook or follow us on Twitter for more sports updates. You can also download the NDTV Cricket app for Android or iOS.