Steyn, 34, had not played in a first-class match since suffering a fractured shoulder in a Test in Australia in November 2016. 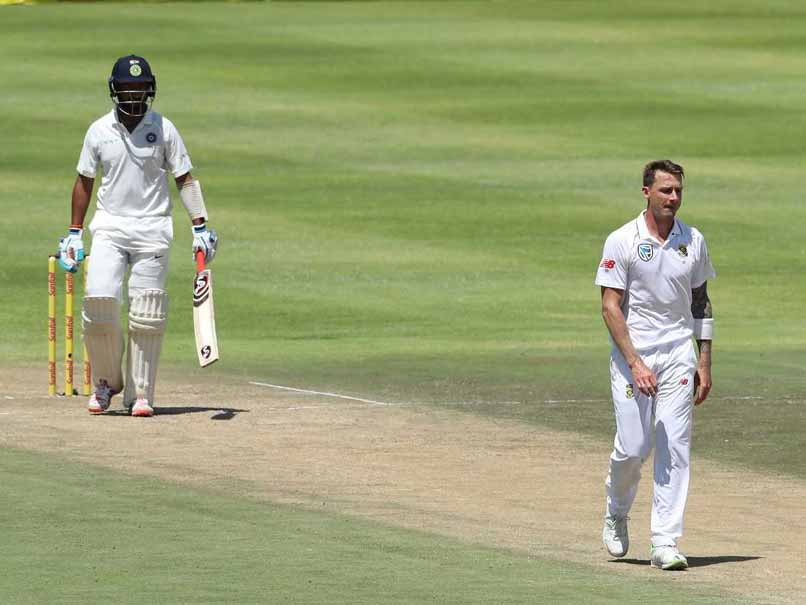 South African pacer Dale Steyn left the field in little discomfort with a bruised left heel on Saturday, the second day of his first Test match in more than a year. Steyn pulled up three balls into his 18th over after taking two for 51 in the first Test against India at Newlands. A team spokesman said the injury was being assessed and treated. Steyn, 34, had not played in a first-class match since suffering a fractured shoulder in a Test in Australia in November 2016.

Official Update: Dale Steyn has a bruised left heel and has been taken for scans for further investigations. CSA will give an update when available. #ProteaFire pic.twitter.com/z1GBiPHtAe

He was included in a four-man pace attack for the India Test despite coach Ottis Gibson expressing concern about risking him because of a lack of match practice.

In the only cricket since his injury, Steyn bowled 18 overs in five Twenty20 matches for his franchise, the Titans, as well as 12 overs in a low-key appearance for an Invitation XI against the touring Zimbabweans in December.

Meanwhile, India allrounder Hardik Pandya fell short of seven runs in reaching his second successive Test century. He stitched a 99-run partnership with Bhuvneshwar Kumar to enable India reach 209 runs. At one point, India were struggling at 92-7 before Pandya and Bhuvneshwar ensured India got off to a respectable first innings total.

Comments
Topics mentioned in this article
South Africa Cricket Team India Cricket Team South Africa vs India 2018 Dale Steyn Cricket
Get the latest updates on ICC T20 Worldcup 2022 and CWG 2022 check out the Schedule, Live Score and Medals Tally. Like us on Facebook or follow us on Twitter for more sports updates. You can also download the NDTV Cricket app for Android or iOS.