Pandya launched a brilliant counter-attack on South Africa after it seemed India would be bundled out under 150. 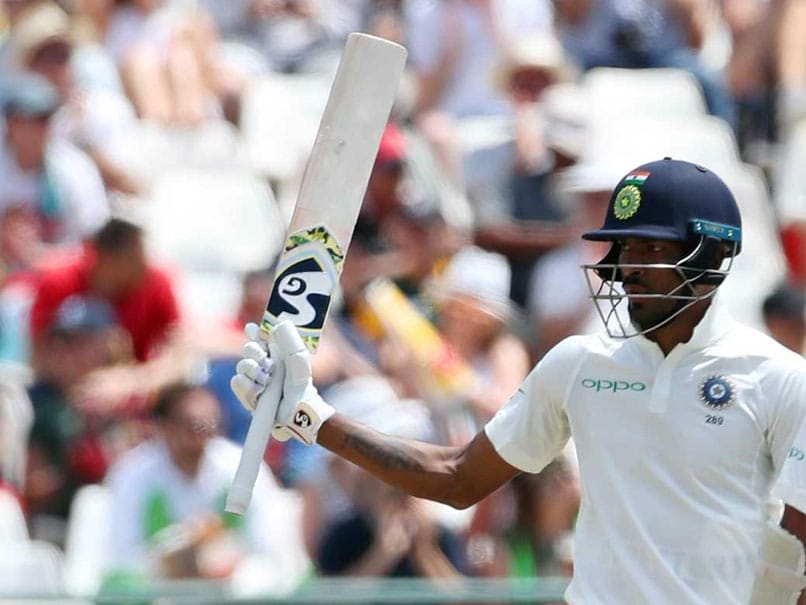 All-rounder Hardik Pandya proved his credentials as a middle-order batsman after scoring a brilliant 93 in the first Test against South Africa at Newlands in Cape Town on Saturday. At a time when other Indian batsmen failed to live up to the expectation, Pandya came to the fore, played brilliantly and got India got out of a massive hole. Pandya launched a brilliant counter-attack on South Africa after it seemed India would be bundled out under 150.

Pandya along with Bhuvneshawar strung together a 99-run stand for the 8th wicket to lead India's fightback against the Proteas. He eventually fell to a Rabada short ball, nicking a simple catch to Quinton de Kock. He received a standing ovation from the Indian dressing room for his valiant effort.

South Africa were bowled out for 286 on day one in their first innings and India might have believed they had the batting firepower to get a healthy lead. However, the visitors were reduced to 28/3 at stumps on day one and left staring at the barrel.

The visiting batsmen didn't fare well on the second day too. Cheteshwar Pujara (26), Rohit Sharma (11), Ravichandran Ashwin (12) and Wriddhiman Saha (0) fell cheaply as they didn't have any answer to the unpredictable bowling variations of the hosts.

Pandya came into bat at number 7 with India stuttering at 76/5 and looking at an embarrassingly low score. It was Pandya, who hit some quick-fire boundaries to infuse some hope into the hosts. Pandya scored at run-a-ball and Bhuvneshwar Kumaraided his partner with some resolute display at the other end.

The last time Pandya played a Test he scored 108 off 96 balls against Sri Lanka in August 2017 at Pallekele. He has only played four Test matches and already averages more than 86 in the longer format.

Pandya made his Test debut against Sri Lanka at Galle where he scored a half-century, the match which India won eventually by 304 runs.

Comments
Topics mentioned in this article
South Africa vs India 2018 India Cricket Team South Africa Cricket Team Hardik Pandya Cricket
Get the latest updates on ICC T20 Worldcup 2022 and CWG 2022 check out the Schedule, Live Score and Medals Tally. Like us on Facebook or follow us on Twitter for more sports updates. You can also download the NDTV Cricket app for Android or iOS.