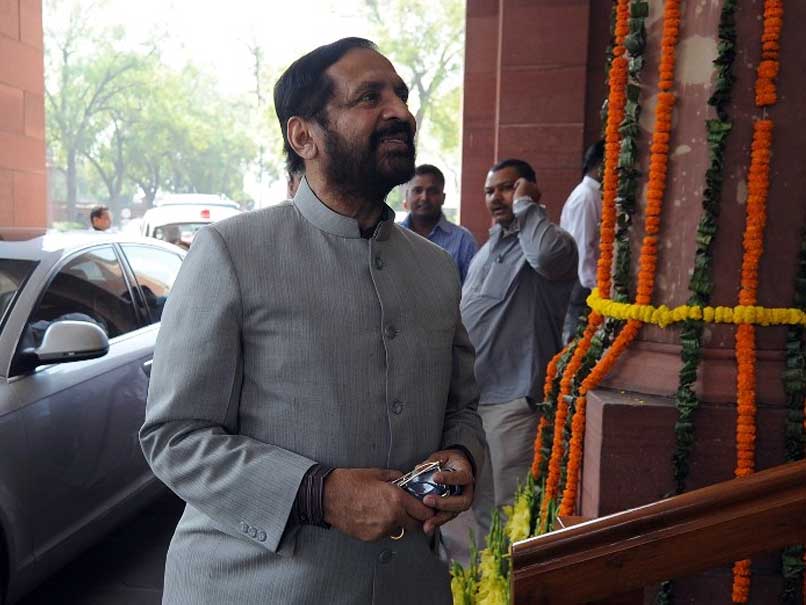 Suresh Kalmadi has already turned down the position offered to him.© AFP

A top official of the Indian Olympic Association (IOA) on Wednesday questioned the move to appoint Suresh Kalmadi and Abhay Singh Chautala as Life Presidents of the body, saying that their appointments violated the IOA constitution.

The official, who wished to remain unnamed, told PTI that Kalmadi's elevation as Life President was against the spirit of the IOA constitution which barred charge-framed people getting elected as office-bearers. Kalmadi has already declined the position till the time his name is cleared.

"Because of this issue only, the IOA was banned by the International Olympic Committee (from December 2012 to February 2014). Only after the IOA amended the constitution to the effect that charge-framed persons will not be allowed to stand for elections, the IOC lifted the ban on IOA," he said.

"This constitution of the IOA was approved by the IOC and it is sacrosanct. Instead of following the constitution we have violated it," he added.

The official's argument against Chautala's elevation as Life President was even more elaborate.

He said Chautala was never IOA President under its constitution as his election was declared null and void by the IOC when it suspended the IOA in December 2012.

"Why everybody is forgetting that the IOC, a day after IOA was suspended, had declared that the election of Chautala and Lalit Bhanot as president and secretary general was null and void? The IOC had refused to recognise Chautala-led dispensation and had communicated with V K Malhotra only," he said.

"So, under the IOA constitution, only a person who has been a president can only be made Life President. Chautala was never a president of the IOA ans so can how he be made a Life President?" the official asked.

In the Annual General Meeting of the IOA in Chennai on Tuesday, joint secretary Rakesh Gupta moved a resolution to make Kalmadi and Chautala as Life Presidents and there was no opposition from anybody in the House.

The official also questioned the presence of Chautala at the AGM in Chennai.

"I don't know how and in what capacity Chautala attended the AGM yesterday. I think he must have attended the AGM as Haryana Olympic Association President. He was recently elected as HOA chief but that was invalid under the IOA Constitution though the IOA President has approved his election," the official said.

There has been speculation that Chautala was elevated as Life President to placate him so that he does not create any further problem in the IOA giving recognition to the newly-formed Boxing Federation of India (BFI).

The erstwhile Indian Amateur Boxing Federation, of which Chautala was a former president, is still recognised by the IOA as the NSF for boxing event though it has been de-recognised by the world body AIBA and the Sports Ministry.

"IOA has asked the IABF whether it objects to granting recognition to BFI since it has been recognised by the AIBA as well as the Sports Ministry," a source said.

In 2015, IOA Associate Vice-President Narinder Batra had wanted to move a no-confidence motion against IOA chief Ramachandran and had even got support from a lot of NSFs and state Olympic associations but Chautala, who still wields some support in the IOA, had put his foot down as he reportedly wanted to play a part in the boxing issue.