WWE's 'Wrestlemania 36' took place behind close doors, with the 'Boneyard Match' between the Undertaker and AJ Styles, the top pick on day 1 of the two-day event. 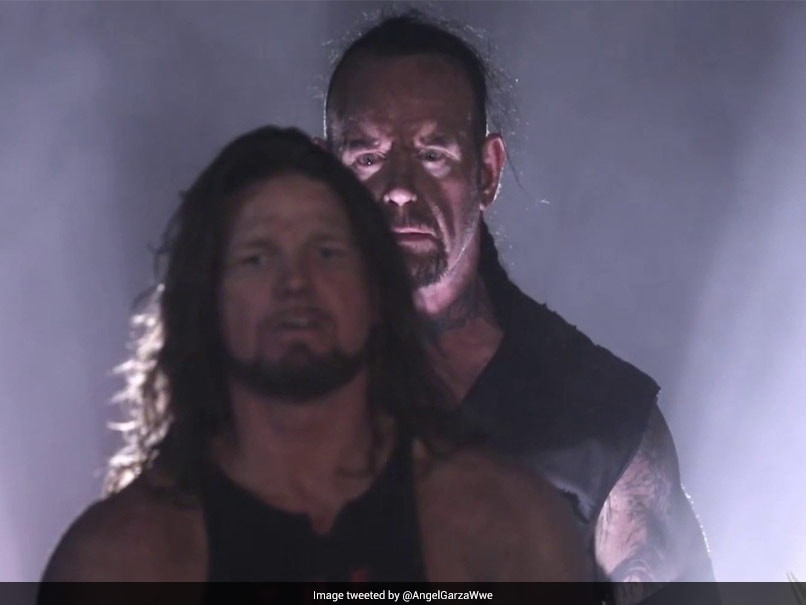 The Undertaker defeated AJ Styles in the 'Boneyard Match' on day 1 of Wrestlemania 36.© WWE/Twitter

Despite all sporting action coming to a grinding halt due to the coronavirus pandemic, the WWE decided to go ahead with its trademark show 'Wrestlemania' as a two-day event. The day one of the show took place on Saturday (local time) and it saw major stars taking the ring with no spectators around. Wrestling fans were expected to fill the Raymond James Stadium in Tampa, Florida but now the event is being held at closed sets at the WWE Performance Center in Orlando and other, unnamed, locations, with only essential personnel.

On day one of 'Wrestlemania 36', the Undertaker battled it out with AJ Styles, and the former made his entry in his trademark style, giving fans some major nostalgia.

The Undertaker and AJ Styles battled it out in a 'Boneyard Match' and it was the former who came out triumphant, cementing his almost perfect Wrestlemania record.

Seth Rollins battled it out with Kevin Owens, and later on, the clash got converted into a 'No-disqualification match'.

For the 'Universal Championship', Goldberg and Braun Strowman battled it out, and it was the latter who won the title in under three minutes.

Earlier, the WWE had decided to go ahead with Wrestlemania behind closed doors.

"We believe that in this time, especially right now with all this uncertainty ... that there is a need for escapism and for people to be able to get away from all this and put it behind them," Levesque had told CNN.

"We feel an obligation in some way to try and continue to provide entertainment to people. It''s our company mission to put smiles on people''s faces, and we are continuing to try to do that," he added.

The day two of the show will be held on Sunday (local time), and stars like Brock Lesnar, Edge and Randy Orton will be headlining the show.

As WWE went ahead with the Wrestlemania, the company has received mixed reviews as many have criticised the decision as the USA continues to battle the coronavirus crisis.

Comments
Topics mentioned in this article
WWE
Get the latest updates on Fifa Worldcup 2022 and check out  Fifa World Cup Schedule, Stats and Live Cricket Score. Like us on Facebook or follow us on Twitter for more sports updates. You can also download the NDTV Cricket app for Android or iOS.