A fan had posted a picture on Twitter comparing Chris Lynn with WWE superstar Goldberg, but it was the Australia batsman's reply that stole the show. 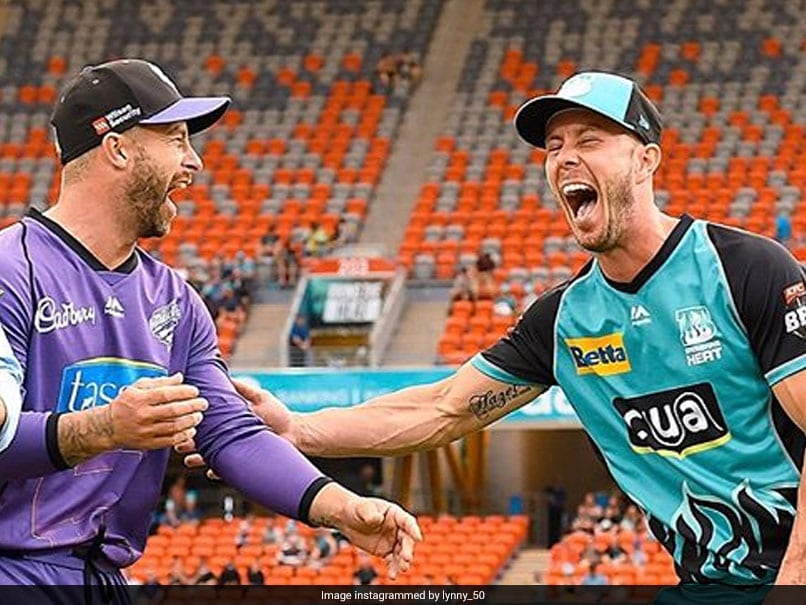 Chris Lynn was at his explosive best during the ninth edition of the Big Bash League.© Instagram

Chris Lynn, who is currently in Pakistan for the Pakistan Super League (PSL), sent Twitter into a frenzy when he replied to a fan's tweet, who had compared the Australia batsman to World Wrestling Entertainment (WWE) star Goldberg. A fan took to Twitter to share a picture of Chris Lynn and Ben Dunk watching a PSL match from the dugout. "Goldberg and Steve Austin watching #PSL2020 match in #Lahore. Good days are back Raised hand with part between middle and ring fingers," the fan captioned the image on Twitter.

Chris Lynn came up with a hilarious reply and compared himself with Johnny Sins, Adult film star. "I prefer Johnny Sins," Lynn replied on Twitter.

Lynn, who is playing for Lahore Qalandars in the PSL, has scored 50 runs in two matches so far in the franchise-based tournament.

In the tournament, Lahore Qalandars had a poor start as they lost their first two matches and are currently sitting last on the points table.

Lynn, 29, was impressive with the bat in the ninth edition of the Big Bash League. The explosive batsman scored 387 runs in 14 matches at an impressive strike rate of more than 145.

However, a dip in form in the later stages of the tournament led to Lynn missing out on Australia's Twenty20 International squad for the series against South Africa.

Australia, after beating South Africa by 107 runs in the first T20I, suffered a 12-run defeat as the hosts came out all guns blazing in the second game to level the three-match series.

The third and final T20I will be played in Cape Town on Wednesday.

Ben Dunk Cricket
Get the latest updates on ICC T20 Worldcup 2022, check out the Schedule and Live Score. Like us on Facebook or follow us on Twitter for more sports updates. You can also download the NDTV Cricket app for Android or iOS.