Azam Khan has been criticised for nepotism and his fitness but has accounted for himself well in the Pakistan Super League. 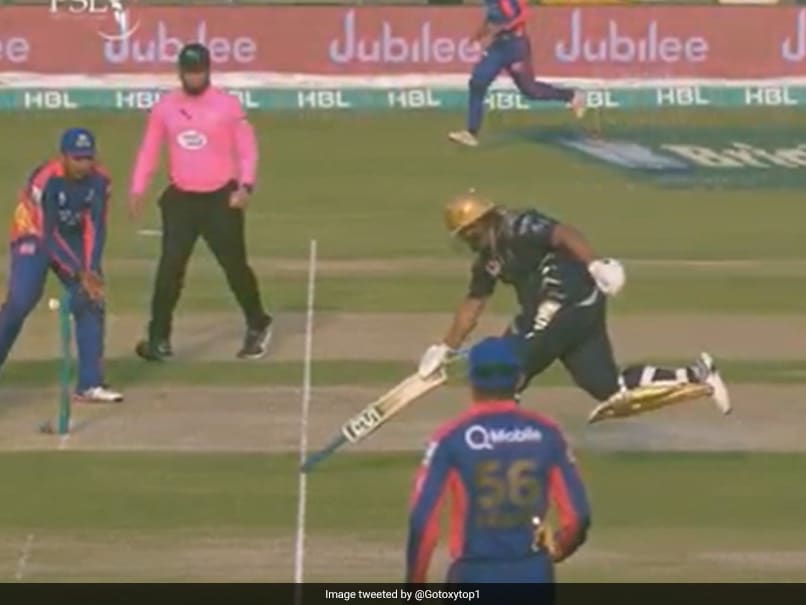 Azam Khan grounds his handle as he completes a run in the Pakistan Super League.© Twitter

Former Pakistan player Moin Khan's son Azam Khan, who plays for the Quetta Gladiators in the Pakistan Super League (PSL), often finds himself being criticised with accusations of nepotism and comments about his weight and fitness. But the big-hitting batsman has silenced his critics with some crucial knocks for his team, helping them to the second spot in the league. As he played a match-winning inning against Karachi Kings on Sunday, Azam Khan also came in the spotlight for the innovative way in which he completed a run.

Azam Khan fumbled his bat while running in towards the non-striker's end during the Gladiators' innings, and facing the possibility of a run-out, managed to complete the run holding the toe-end of the bat and grounding the handle.

If you hold the bat upside down, you get to the crease early
The Legend Azam Khan#PSLV2020 pic.twitter.com/JiXsIHIeOk

"If you hold the bat upside down, you get to the crease early. The Legend Azam Khan," a Twitter user quipped.

"Dude is on another level," tweeted another user.

Karachi Kings scored 156 batting first. Azam Khan came to the crease in the ninth over with his team needing 102 to win off 71 deliveries.

Batting alongside Quetta Gladiators skipper Sarfaraz Ahmed, Azam Khan smashed 46 off 30 before eventually getting run out.

Sarfaraz Ahmed Cricket
Get the latest updates on ICC T20 Worldcup 2022 and CWG 2022 check out the Schedule, Live Score and Medals Tally. Like us on Facebook or follow us on Twitter for more sports updates. You can also download the NDTV Cricket app for Android or iOS.