Mohammed Shami gave away only two runs off five balls of the last scheduled over and Rohit Sharma hammered two sixes off the last two balls of the Super Over. 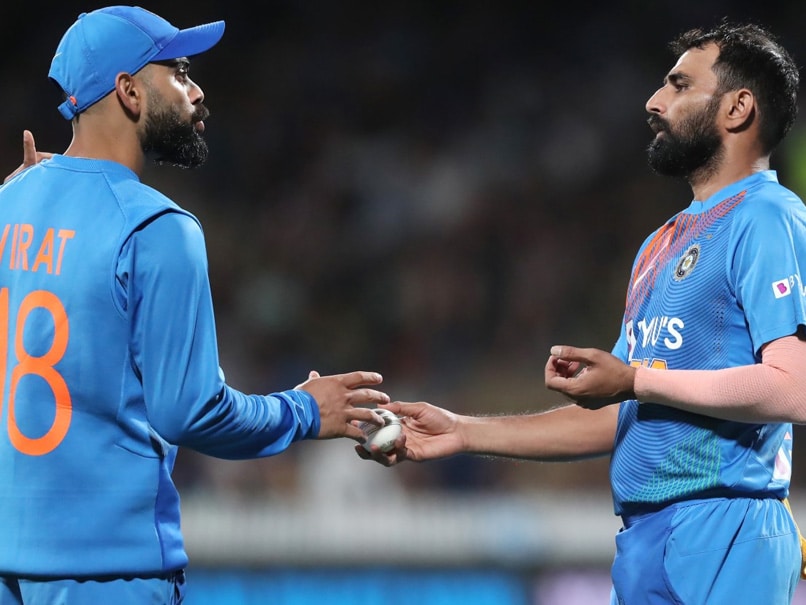 Virat Kohli hailed Mohammed Shami for turning the game on its head in the final over.© AFP

India beat New Zealand in a thrilling Super Over to win the third Twenty20 International (T20I) and register their first T20I series win in New Zealand on Wednesday. Rohit Sharma was the star for India as he smashed two sixes off last two balls in the Super Over to help India get across the finish line in a breath-taking contest. Before Rohit's magic in the Super Over, it was fast bowler Mohammed Shamiwho had kept India alive in the game by conceding only two runs in last five ball of the regulation play. Speaking at the post-match presentation, Indian skipper Virat Kohli accepted that half-way through the New Zealand innings he thought the match had slipped away from their hands but Shami bowled brilliantly to "turn the game on its head".

"I thought we were gone at one stage. Shami showed his experience and put a couple of balls outside the off-stump. On the last ball, we had a discussion and we came to a conclusion that we had to hit the stumps because otherwise there is a single anyway and we are gonna lose the game. Shami went for it, got the wicket and the game turned on his head." Kohli said at the post-match presentation.

Despite Shami's brilliant final over, the game once again seemed to drift away from India when New Zealand scored 17 runs in the Super Over but this time Rohit Sharma came to team's rescue, dispatching last two deliveries into the stands to hand India a thrilling win.

After the game, Kohli praised Rohit for batting with great composure under pressure and getting India across the finish line with two mighty hits.

"In the Super Over, New Zealand again put pressure on us. But Rohit was outstanding today, in the first half and in the super over. We knew, if he gets one hit, bowler will be under pressure because he is such a clean striker of the cricket ball," Kohli said praising Rohit.

Rohit, who had earlier scored a blistering half-century, was adjudged the player of the match.

With series already in the bag, Kohli hinted that India will look to give some game time to players like Washington Sundar and Navdeep Saini, who have only warmed the bench till now, in the next two games but at the same time will also try to clean-sweep the series.

Seddon Park, Hamilton New Zealand vs India, 2020 Cricket New Zealand vs India, 3rd T20I
Get the latest updates on ICC Women's Cricket World Cup 2022 and IPL 2022, check out the Schedule , Live Score and IPL Points Table. Like us on Facebook or follow us on Twitter for more sports updates. You can also download the NDTV Cricket app for Android or iOS.