Tom Latham said that while India's total was a little more than what New Zealand would have liked to have chased, a good start and a series of partnerships helped the hosts emerge victorious. 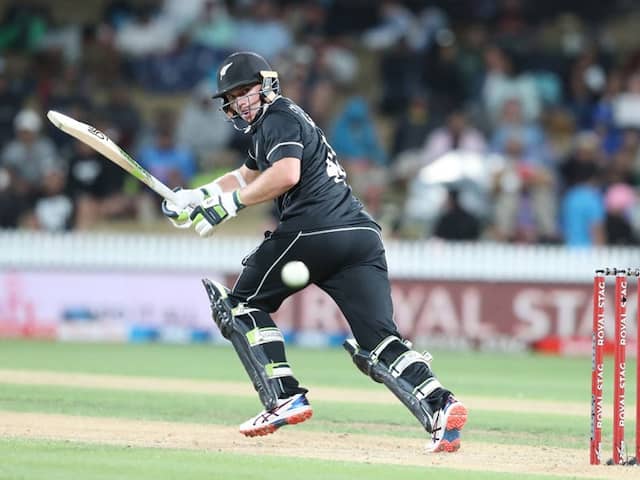 Tom Latham scored a quick half-century as he and Ross Taylor took the game away from India.© AFP

New Zealand stand-in skipper Tom Latham said partnerships all throughout their run chase helped them win by four wickets against India in the first ODI in Hamilton on Wednesday. After coming close on three occasions to beat India in the ongoing tour, New Zealand were finally able to cross the line and taste victory as they defeated the Men in Blue at Seddon Park. Seasoned campaigner Ross Taylor anchored New Zealand's chase of 348 by scoring a brilliant hundred. He was well supported by Henry Nicholls (78) and Latham (69) as the hosts took a 1-0 lead in the three-match series.

"A great performance from the guys, it was nice to keep our composure at the end and get across the line," Latham said.

"For us it was about building partnerships. The total was a little more than what we would have liked to chase. But we managed to get off to a good start and keep wickets in hand," he said.

"We saw how hard it was to defend with the left-right combination. It's nice to make winning contributions."

Latham said Kiwis were not good with the ball as they allowed India to get to 347/4. But in the end, they won with 11 balls to spare. "The way Ross played was fantastic. We weren't quite where we wanted to be with the ball. So we got to improve and hopefully we will play the perfect game at Eden Park," Latham added.

Tom Latham Cricket
Get the latest Cricket news, check out the India cricket schedule, Cricket live score . Like us on Facebook or follow us on Twitter for more sports updates. You can also download the NDTV Cricket app for Android or iOS.