New Zealand chased down the 348-run target with 11 balls to spare to beat India by four wickets in the 1st ODI. 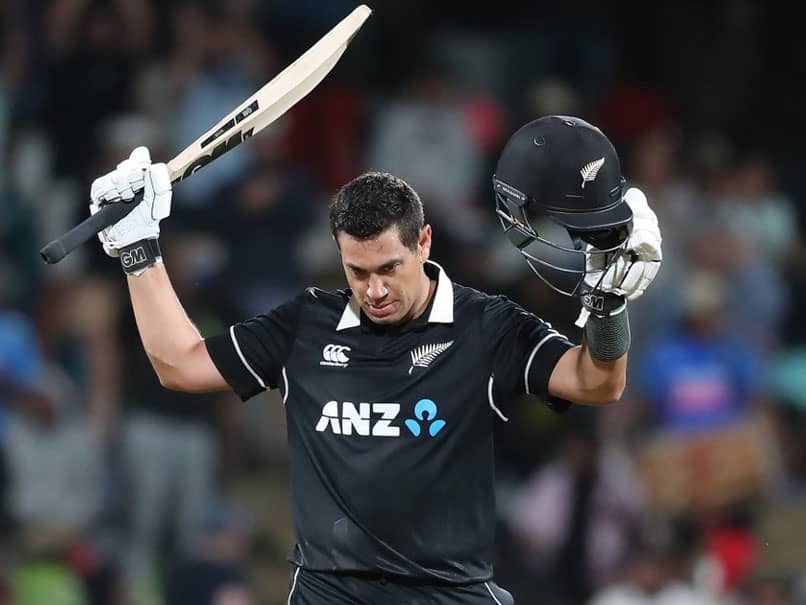 Shreyas Iyer's maiden 50-over hundred was eclipsed by veteran Ross Taylor's assault on Indian bowlers as New Zealand held nerves to chase down their biggest ever target for a four-wicket triumph in the first ODI in Hamilton on Wednesday. Iyer showed just why he is considered the next big thing in Indian cricket by scoring 103 off 107 balls. But Taylor, with his unbeaten 109 off 84 balls, helped New Zealand overhaul the 348-run target in 48.1 overs for a 1-0 lead in the three-match series.

With his 10 fours and four maximums, Taylor aggressively took on the much-vaunted Indian bowling attack. The visiting bowlers will, in fact, have quite a lot to ponder over after failing to defend the massive total.

The triumph is a shot in the arm for the embattled side, which was whitewashed 0-5 in the T20 series.

Earlier, Iyer's effort was complemented quite well by the in-form KL Rahul, who smacked 88 not out off only 64 balls. Skipper Virat Kohli also scored 51.

New Zealand got off to a great start with openers Martin Guptill (32) and Nicholls putting on 85.

Guptill was the first to go, and then debutant Tom Blundell (9) was stumped off Kuldeep Yadav (2-84) who was taken for runs throughout his spell.

It began with the arrival of Taylor at the crease as he put on 62 runs for the third wicket with Nicholls.

Indian bowlers sent down 29 extras, made worse by poor fielding. The turning point came early when Yadav dropped Taylor (on 10 not out) in the 23rd over off Ravindra Jadeja (0-64).

India struggled to get the breakthrough and had to rely on Kohli's superb fielding to run out Nicholls in the 29th over.

By that point, New Zealand had started accelerating and Taylor, along with Latham, put the Indian attack to the sword.

Latham had started with three off 11 balls but then scored 50 off the next 27 balls. In all, he hit eight fours and two sixes.

Taylor reached his half-century off 45 balls. His 100-run stand with Latham came off only 65 balls.

Jasprit Bumrah (0-53) was deployed but after an impressive initial spell, he was taken for runs too. Latham was caught in the deep off Yadav but the damage had been done as New Zealand crossed 300 in the 41st over.

This was after New Zealand won the toss and opted to field. Tom Blundell played his maiden ODI for the Black Caps, while India gave debuts to openers Prithvi Shaw and Mayank Agarwal.

They added 50 off 48 balls for their maiden opening stand before they fell in the space of five deliveries, leaving India at 54-2.

Shaw was the first to go, nicking Colin de Grandhomme (1-41), while Agarwal was caught at point off Tim Southee (2-85). It brought Kohli and Iyer together, and they dominated the middle overs with a 102-run stand for the third wicket.

Kohli fell against the run of play as Ish Sodhi (1-27) got through his defence to clip the leg stump.

But the day belonged to Iyer who, despite a scratchy start, crossed 50 off 66 balls. Once past that mark, he batted with more fluency and confidence to notch up his first hundred in 16 ODIs off 101 balls.

The Iyer-Rahul pair added 136 runs for the fourth wicket.