"We Miss You Dhoni": Fans Come Up With Special Banner For Former India Captain During 4th T20I vs New Zealand

MS Dhoni has been out of cricketing action for a long time and his fans make no bones about how much they miss him. 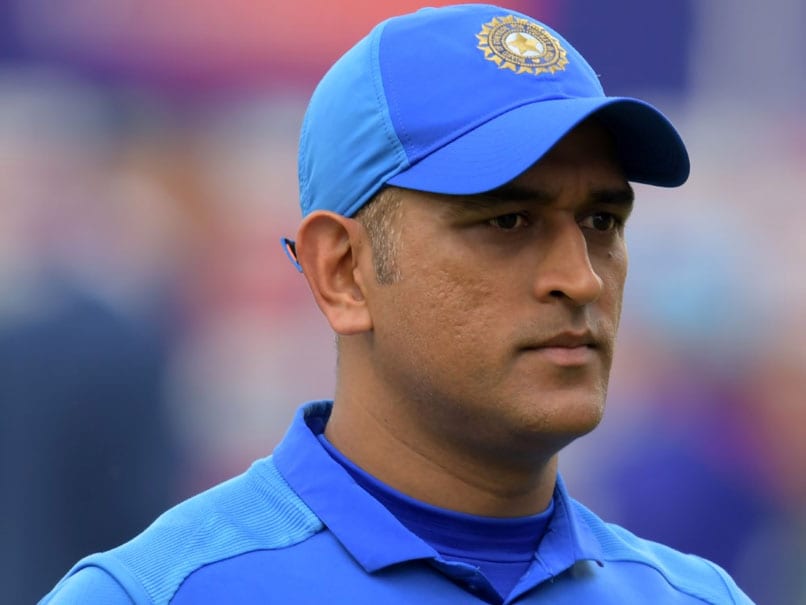 MS Dhoni is one of the most popular cricketers across the globe and has played numerous memorable knocks for India. In Dhoni's absence, however, India have performed exceedingly well and have not lost a single series. Despite that, fans' love for their beloved star hasn't gone down a bit and it was evident when a group of Indian fans raised "We Miss You Dhoni" banner during the fourth T20 International (T20I) against New Zealand at the Sky Stadium in Wellington on Friday. The Board of Control for Cricket in India (BCCI) shared the picture on their official Twitter handle. "Just fan things #NZvIND," the BCCI captioned the picture.

Dhoni has been off the field since India exited the World Cup 2019 after losing to New Zealand in July last year.

For over a decade, MS Dhoni was the focal point of everything happening around the Indian cricket and now his absence is felt not only by his fans but also his teammate.

Recently, Indian leg-spinner Yuzvendra Chahal got a bit emotional while speaking about Dhoni on 'Chahal TV' after India beat New Zealand in the second T20I of the ongoing five-match series.

In one of his videos, shot in the team bus, Chahal is seen sitting next to a vacant seat, right at the back of the bus.

"There is one person who has never come on Chahal TV. He wanted to come, he was desperate, but I said 'no bhaiya, not right now," Chahal said with a beaming smile.

But right after saying that the leg-spinner got a little emotional and revealed that the seat belonged to MS Dhoni and is still reserved for him.

"This seat is where the legend Mahi bhai use to sit. No one else sits here still and we miss him a lot," Chahal signed off.

While the uncertainty over Dhoni's future with the national team is still not over, the fans as well as some of his teammates clearly miss him and want him to return to action.

Westpac Stadium, Wellington Cricket New Zealand vs India, 4th T20I New Zealand vs India, 2020
Get the latest updates on India vs South Africa and check out  Schedule, Results and Live Score. Like us on Facebook or follow us on Twitter for more sports updates. You can also download the NDTV Cricket app for Android or iOS.