Highlights, NZ vs IND 4th T20I: India beat New Zealand in another Super Over to go 4-0 up in the five-match series. 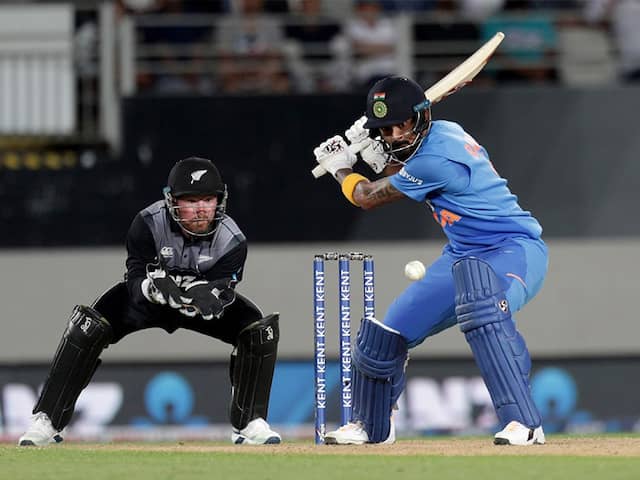 India completed another Super Over win over New Zealand, who once again failed to cross the line in a crunch situation. Needing seven off the last over, New Zealand lost four wickets in the final over to take the match into a Super Over. Colin Munro and Tim Seifert guided New Zealand to 13 for one from their six deliveries. Chasing 14 for the win, KL Rahul smashed the first ball over square-leg for a six and the next ball behind square for a four. Southee got Rahul but it was too late as Virat Kohli finished the game with a ball to spare with a boundary. With the win, India lead the five-match series, 4-0. Earlier, both India and New Zealand manage to score 165 runs from their allotted 20 overs. (SCORECARD)

New Zealand Cricket Team New Zealand vs India, 2020 New Zealand vs India, 4th T20I Live Score Live Cricket Score Cricket
Get the latest Cricket news, check out the India cricket schedule, Cricket live score . Like us on Facebook or follow us on Twitter for more sports updates. You can also download the NDTV Cricket app for Android or iOS.