Kane Williamson said New Zealand were "outstanding" in their 5-wicket win over India in the 3rd ODI. 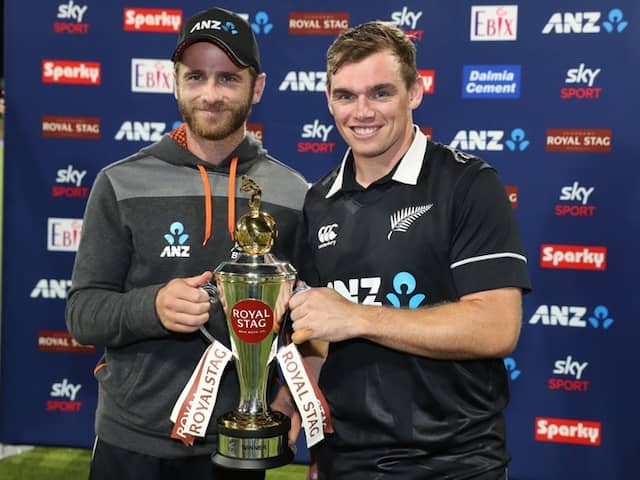 Kane Williamson said New Zealand were clinical in their performance against India.© AFP

New Zealand captain Kane Williamson was all praise for his side who sealed a 3-0 series whitewash over India on Tuesday. The Kiwis beat India by five wickets in the third ODI at Mount Maunganui and condemned India to their first bilateral ODI series whitewash in 31 years. "An outstanding performance. Very clinical - India put us under pressure, but the way the guys fought back with the ball and kept them to a par total," said Williamson in the post-match presentation ceremony.

India were seemingly racing towards a score close to 350 with Shreyas Iyer and KL Rahul going big guns. But New Zealand put the breaks on the Indian innings in the last four overs.

Openers Martin Guptill and Henry Nicholls' 106-run partnership provided a foundation on which the batsmen after them built the successful run chase.

"The cricket smarts in the second half was outstanding to see," said Williamson.

"We know how good they are at all formats, but for us the clarity about the roles the guys had was the most important thing. The ODI side will be taking this momentum into the Australia series. Outstanding effort against a brilliant India side."

Kane Williamson Cricket
Get the latest Cricket news, check out the India cricket schedule, Cricket live score . Like us on Facebook or follow us on Twitter for more sports updates. You can also download the NDTV Cricket app for Android or iOS.