New Zealand chased down the 297-run target with 17 balls to spare as they beat India by five wickets in the third ODI to register a 3-0 sweep. 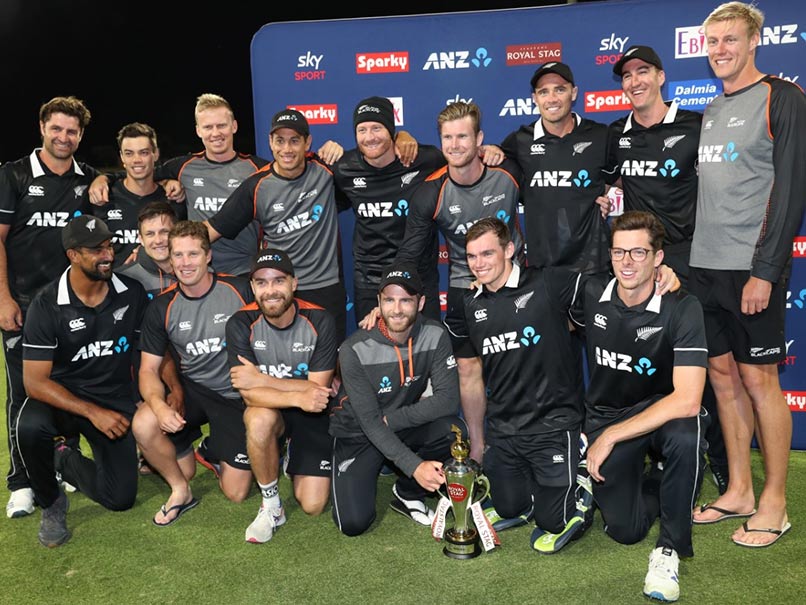 New Zealand defeated India by five wickets in the final ODI to sweep the series 3-0.© AFP

New Zealand, after losing the T20 International series 0-5, came back strongly in the 50-over format as they defeated India by five wickets in the third and final One-day International in Mount Maunganui on Tuesday to sweep the series 3-0. Henry Nicholls top-scored with a knock of 80 while Martin Guptill too chipped in with a half-century. Chasing 297-run for the win, New Zealand got over the line with 17 balls to spare. During the middle overs, New Zealand lost three quick wickets and were 189 for four at one stage but Tom Latham and Colin de Grandhomme, who scored his fourth ODI half-century, made sure that the hosts seal the win comfortably in the end.

India's new opening pair of Mayank Agarwal and Prithvi Shaw once again failed to give the visitors a good start as India lost their first wicket in the second over.

Indiacaptain Virat Kohlifailed with the willow in the third ODI as Hamish Bennett sent him packing for nine.

KL Rahul continued his good run with the bat as he brought up his fourth hundred in the 50-over format.

Late flourish from Manish Pandey helped India to a competitive total of 296 for seven.

For the hosts, Hamish Bennett was the star with the ball. He picked up four wickets and conceded 64 runs in 10 overs.

Both teams will now lock horns in the two-match Test series, starting February 21.

Henry Nicholls Cricket New Zealand vs India, 2020 New Zealand vs India, 3rd ODI
Get the latest updates on IND vs NZ 2021, check out the Schedule and Live Score . Like us on Facebook or follow us on Twitter for more sports updates. You can also download the NDTV Cricket app for Android or iOS.