Highlights, NZ vs IND 3rd ODI: New Zealand chased down the 297-run target with 17 balls to spare to complete a 3-0 clean sweep against India. 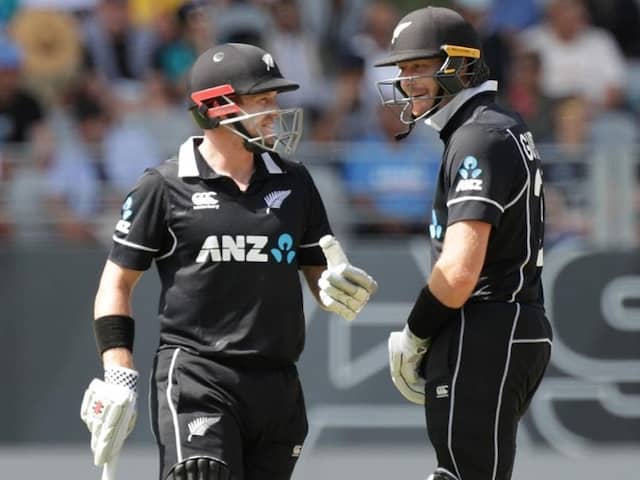 Henry Nicholls scored 80 runs while Martin Guptill smashed a quickfire 66 as New Zealand pulled off a 297-run chase with 17 balls to spare to hand India a five-wicket defeat in the third One-day International at the Bay Oval, Mount Maunganui, on Tuesday. With this, New Zealand completed a 3-0 clean sweep against India as the home team earlier won matches in Hamilton and Auckland. Before the ODI series, India had registered a 5-0 whitewash against New Zealand in the five-match T20 International series. Earlier, KL Rahul scored his fourth ODI hundred as India posted 296/7 after being asked to bat. The wicketkeeper-batsman scored nine boundaries and two sixes in his 112-run knock and stitched a century stand each with Shreyas Iyer (62) and Manish Pandey (42). While India lost opener Mayank Agarwal and captain Virat Kohli cheaply inside first seven overs, Prithvi Shaw impressed with the bat before getting run out for 40. For New Zealand, Hamish Bennett claimed four wickets, including two consecutive strikes to get the dangerous Rahul and Pandey. However, he couldn't claim a hat-trick and finished his 10-over spell with figures of 4/64. Kyle Jamieson and Jimmy Neesham contributed to the bowling attack with a wicket each. (SCORECARD)

New Zealand Cricket Team Live Score Live Cricket Score Live Blogs Cricket
Get the latest Cricket news, check out the India cricket schedule, Cricket live score . Like us on Facebook or follow us on Twitter for more sports updates. You can also download the NDTV Cricket app for Android or iOS.